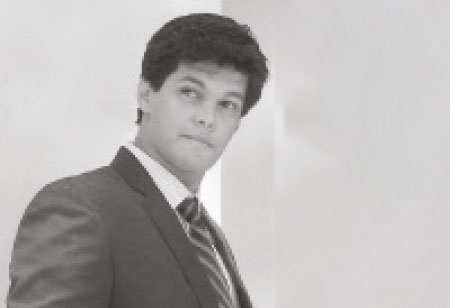 The Indian government has set a target of 40 GW in solar rooftop installations by 2022. Given the inherent power problems in India, rooftop solar seems to be an ideal solution to increase the energy generation mix from renewables, take advantage of plentiful rooftop space and empower customers to take control of their energy generation.

A solar rooftop installation can produce enough energy to cover 100 percent of a commercial, industrial and residential building’s energy consumption. A 5-10 kW solar PV rooftop installation can cover 100 percent of energy consumption for most small businesses or homes in India. However, because solar has historically required a substantial upfront cost, it has remained out of reach for much of India’s population, with only the largest companies able to front the capital expenses required for a solar installation. Today, most small businesses and larger residential consumers can benefit from the long-term cost savings of solar energy and there are new programs that make solar systems more accessible by leasing the system for up to 25 years with no money down.

With a lease arrangement, it is possible to install a solar system that covers all of a consumer’s electricity generation without incurring any upfront cost. For example, SolarTown Energy Solutions offers a program that allows customers to install a solar rooftop solution for a 15-25 year fixed monthly lease option at a fixed cost that is lower than power distribution company (discom) rates. The program is one of the first that offers a lease option for solar rooftop installations smaller than 100 kW, making solar affordable and accessible to small businesses and individual homeowners, a segment that was hitherto overlooked.

Recently, the historic Bombay Presidency Radio Club, one of Mumbai’s oldest clubs, became the first building with a net-metered solar installation in the city. The Radio Club entered into a no upfront cost, 25-year lease agreement with SolarTown at a rate that is 35 to 40 percent lower than their utility tariff. The 41 kW rooftop systems will offset 20 percent of the Radio Club’s energy consumption from the grid and more than 1,189 tons of carbon dioxide over the lifetime of the solar installation. The Radio Club is estimated to save more than Rs. 8,50,000 annually from its new solar system. The net-metered installation allows the club to sell its excess electricity generation back to the grid.

Leasing is also an attractive option for residential systems because it allows consumers to ‘go solar’ with a simple, affordable and accessible program which guarantees low, predictable energy costs over the term of the lease. For a country like India, where clean and reliable energy is beyond the reach of many people because of the cost, leasing makes solar accessible and will accelerate the adoption of clean energy and make it available at the point of use.

A classic example of rooftop solar systems’ invaluable benefit was when SolarTown’s off-grid solar systems in Chennai remained online, providing critical support to its customers and surrounding communities following the State Electricity Board’s decision to suspend the power supply in the city of Chennai following the devastating floods in early December. Soon after the grid shutdown, communications to and from the city failed, cell phone batteries and that of other personal electronics were depleted. These solar systems not only provided the sole source of electricity for dozens of citizens in Chennai, but the owners were also able to assist fellow members of their community by allowing them to charge phones and connect to the internet in order to contact loved ones and send updates on conditions in the city.

Utilities provide consumers with electricity that is often unreliable and with costly utility bills. Once a rooftop solar system has been installed, the customer owns their power generation resource and controls their energy bills with a predictable, fixed monthly cost per kW that over time is significantly lower than purchasing electricity from a discom.

The Government of India set a target of 40GW of distributed rooftop solar as a way of avoiding the massive transmission and distribution loss in the country. While the benefits of solar are becoming well-understood by the population, solar providers with innovative and flexible financing models will accelerate the adoption of solar and support the country’s installation goal.