M&A as a Competitive Advantage in Today’s Market 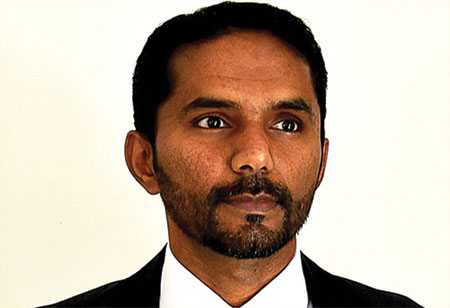 While growth is the predominant driver for M&A, there are a few other drivers which are especially important in emerging economies like India.

Cash on the Balance Sheet

Indian IT services and Outsourcing firms typically have high cash reserves in their Balance Sheets. In an industry which is constantly threatened by competition, innovation and technology obsolescence, cash is often used as a war-chest to build defences. While both innovation and technology can be developed through internal investments, cash is often used for acquisitions. Acquisitions foster speed, which internal investments cannot, and it also send positive signals to the investor community, which translates to higher valuations.

Companies in mature and cyclical industries like Cement, Retail, Oil, etc constantly face pressure from investors for their inability to deliver growth in mature economies, their inability to cut costs due to commodity price swings or having production facilities at high-cost locations. In these scenarios, increasing the scale of operations helps to improve the margins.

The economic principle of globalization basically dictates no borders, no boundaries; but in the real world, both exist, in addition to the differences in regulations. Geo-expansion into emerging markets, particularly China, has been a popular theme for a quite some-time now. The reverse also holds good.

It is important to remember that factors for success differ for each Market and Acquisition may not always be the right approach to enter a particular market. The strategy needs to be evaluated keeping in mind the regulations of the new market.

Capgemini’s acquisition of IGATE is an excellent example of geographic expansion, which helped them increase the revenue contribution from the high growth US IT services Market.

This is relevant in the technology industry and to an extent in innovation-led sectors like Pharma, Bio-tech, Alternative Energy, etc. Due diligence is of high importance in pursuing such acquisitions since the technology is usually in its early stage or still in patent protected state. Therefore, to realise value it is critical to have a plan on how the IP is going to be used and the plan for scaling up prior to making the acquisition.

Facebook’s acquisition of WhatsApp is a good example. While Facebook was strong in web, it was quite weak in the Mobile space and with the
acquisition, it balanced its user reach on both web and mobile, though how it plans to monetize it is still an open question.

Having been in the industry for couple of decades now, I can confidently assert that M&A is, and will remain, an integral part of this industry. As Nokia and Blackberry found out, technology obsolescence can bankrupt even the most successful companies. Larger players will continue to acquire agile challengers to quickly acquire new technologies and mergers between larger players will continue to drive consolidation and synergies.

As Sun Tzu says in the Art of War, “In the midst of chaos, there is also an opportunity.” The technology industry today has a wide variety of players with different sizes, focus areas, capabilities and IP. Hence, it is important to eliminate the noise and identify only those targets which provide a clear competitive advantage and the highest synergy. Numerous deals, including the one between HP and Autonomy, can be shown as examples of value destructive M&As.

Importance of Culture Alignment in M&A

Having been instrumental in chalking two of the biggest M&A deals in the IT industry, I can tell you that culture alignment plays the most significant role in the success of acquisitions. M&A denotes a partnership and it is important to understand how to align the culture of the two companies, ideally before the deal. It will be helpful to know the pulse of how business is done by both the parties and try to evolve a new best-of-breed culture.

Automobile giant Daimler is a good example of International M&A gone wrong because of cultural mismatch, where  it was involved in major cross border deals: first with Chrysler and then with Mitsubishi.

While not as interesting (or glamorous) as transaction execution, PMI is perhaps the most critical aspect that determines the success of an acquisition. There are typically four ways to go about integration:

• No intention of integration

Completely absorbs the acquired company in a fast pace

From my first-hand experience of managing the PMI for the IGATE-Patni and Capgemini-IGATE deals, I can confidently assert that at the end of day, people management is the most important factor of integration.  Cultural integration is more important than business synergies.

To conclude, M&A is an integral part of corporate life today and most professionals will go through at least one such experience in their professional lives. For the same reason, large corporate must necessarily have an M&A team, to constantly track, evaluate and execute acquisitions.