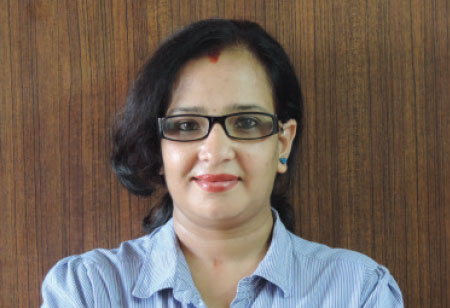 During British regime, Indian practitioners were barred from entering the Supreme Court, as it was restricted only to the members of English, Irish and Scottish professional bodies. Then came an enactment of the Legal Practitioners Act of 1846, which gave a new platform to the legal profession in India.

Further, Legal profession was regulated by The Advocates Act, 1961.This act enabled advocates to practice ‘theprofession of law’ by enrolling under state Bar Council in India.  As an attorney it allowed advocates not only to appear before courts and giving legal advice, but also enabled them to draft legal documents, advise on international standards,laws transactions and practices.We have witnessed that the Indian legal profession has grown over a short span of time which is less than 50 years and also exploring opportunities in the global market.

“Law is not a natural science, Law is an applied science”

I recall quote of Mr. Wayne Gretzky – Hockey Legend where he explained success is nothing that “A good hockey player plays where the puck is, A great hockey player plays where the puck is going to be.”  Gretzky’s observations have been often cited for its relevance to the process of business strategy, which is very apt for the Legal Consulting.  In today’s world there has been rapid shift from seller’s to buyer’s market, where client assumes control over the efficiency, expectations, forecast and cost in delivering the services they wish to purchase.  This market dynamics, coupled with the growth and demand of the legal service has made most of the corporates to opt in-house counsel to provide legal services in its day to day business.  These are current market realities which are unlikely to change in the near future. At the same time, the dynamics of the legal market have shifted in other significant ways which has created a space for growth of legal professionals (both in-house counsel and the law firms).  When it comes to Legal Consulting, revenue growth remains a bit slow, when compared to challenges.

For a very long time with itstraditional approach, uniquetools and the legal knowledge having no real competition Legal Consulting was exempted from the normal business rules - forecast, cost, turnaround time, efficiency, budgeting etc.According to recent survey it is noted that around 40 percent of the Legal Consulting firms are not confident of their current models to cater future requirement and another 43 percent are not certain. But, today, Legal consulting is forced to think from its drawing room on the key factors which could drive them to the different world of challenges. According to the recent research by various legal information and study centers, it is four key drivers which force Legal Consulting to be prepared with viz., Information Technology, Regulatory, Competition and Changing Trends. With this approach to the technology, knowledge and tools, Legal Consulting has to make a radical transformation by evolving with new business models in line with expectations of its clients, solutions to cater world of competitive business,both in terms of service and cost. This will give rise to the new business opportunities to offer specialized solutions to clients.

In recent news, Hon’ble Finance Minister announced that the Indian Government is thinking on liberalization of the legal market allowing foreign legal firms to operate in India and to this extent, India and UK have signed several agreements including liberalizing the Indian legal market.Now, with this liberalization, we can expect more global law firms entering into Indian market giving tough competition to the Indian law firms.

Legal consulting is now an essential unit to run a business in an organization. Given a free hand as a functional unit, the organization can be rest assured, it is safe in the hands.