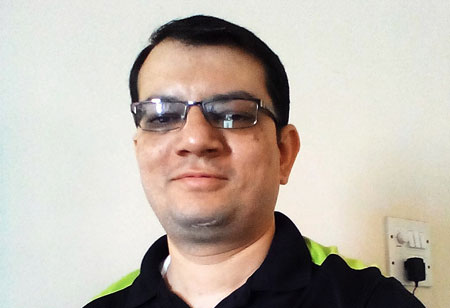 A few years ago, a large insurance company having presence across multiple cities in India was facing a criminal trial in a labour law non-compliance related matter. The simple advice that their consultant gave was ‘compounding of offences’ and paying the penalty to close the matter early.

However, when the matter was closed by compounding,text of the final order stunned the management of the Company.Why? Because ‘compounding’ essentially means pleading guilty and paying penalty. The order thus effectively convicted the directors of the company and rendered them disqualified to remain as Directors as per Companies Act, 1956.

From the simple reading of the facts above, the advice given by the firm, for faster closure of the matter,sounds to be appropriate. But what followed as a result of that faster closure brings us to an important issue of importance of soundlabour law consulting in the modern era of business. The word ‘sound’ would not only mean the ability to represent the client but also the understanding of laws and know how to manage complex scenarios among other things.

In the old days,when geographic spread of the organizations was limited to a few cities or only one city, the traditional labour law consultants were the advocates and the consulting was more or less restricted to the disputes and trade union related issues.Labour Law compliances were handled by Industrial Relations or Human Resources departments within the company. Smaller geographical spread made it possible for smaller in house teams to liaise with the local labour departments and ensure smooth compliance with the State and Central Laws. It was easier for local teams to visit the office of their consultant/advocate and seek random opinions on issues which used to crop up every now and then.

However, the advent of service industry in India brought higher challenges to the fore. For instance, spread of the organizations brought challenges in terms of managing compliance with small in-house teams, whereas maintaining track of large number of open cases & issues too became a nightmare andkeeping track with local/state laws was also difficult and it became virtually impossible to liaise with labour offices.

These challenges gave birth to a new concept where several labour law compliance firms cropped up. The USP of these firms was the spread that they had through their associates/associate advocates across the country. This spread enabled the organizations to manage the compliances through smaller in-house teams. It also helped them ensure that they are compliant with local laws and it also helped them liaise with labour offices through these consultants. It further helped them ease out a bit of pressure on operational front as they no more were required to follow up with advocates for updates on their matters; updates were available with the one stop shop which manages their work across the country.

Having said that, these labour law consulting firms having pan India spread came with their own set of challenges. Since the labour law compliance per se is not a work that is high on fee, the ability of these firms was restricted to compliance with local laws and a few small time liaisoning assignments with the labour offices. These firms were infact unable to give high end consulting, opinions on complex issues and litigation services. The organizations still need to approach individual advocates for seeking opinions on complex matters and for litigation services and that renders the role of a labour law consulting firm ineffective.

What is the use of having a labour law consulting firm on board and yet not getting opinions on complex labour issue, not being able to assign them with big ticket litigation matters where probably senior management of the organization is involved.

In the modern day business scenario, there is a huge scope for a labour law consulting firm with following attributes:

With the current government promising to bring labour law reforms and the initiatives like ‘Make in India’ and ‘Start-up India’ are only going to increase the focus on effective labour law compliances and compliant human resource management. Any firm that understands this huge potential for improvement and innovation in traditional labour law consulting would definitely emerge as a winner and it would also be a boon for the modern, growth hungry organizations.

Quote: With the current government promising to bring labour law reforms and the initiatives like ‘Make in India’ and ‘Start-up India’ are only going to increase the focus on effective labour law compliances and compliant human resource management.