Is Digital Learning Becoming the New Way of Learning? 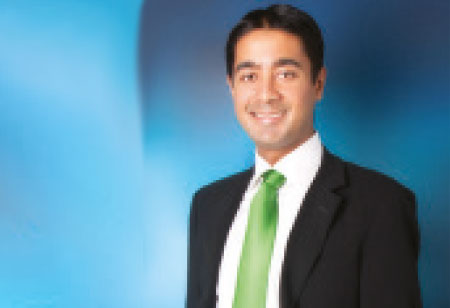 Before I answer the million dollar question on most education expert’s minds, let us first look at how learning has progressed through the years. When we were Neanderthals, learning took place through drawings and carvings on caves, or by simply observing how the elders carried out functions. People evolved signs and sounds and their own system of communication.

Taking a big chronological leap to our great grandparent’s times, educational institutions look like in the early 1900’s were very few. How many students did they even enroll? But that was an era of what I call an “information deficit”. Educational institutions were places one had to go, often at great lengths to reach, to learn, to get your information and knowledge.

Moving to the post-Independence era, educational institutions increased, as so did the number of children attending them. Not only were they places our parents went to, to acquire information and knowledge, but they also had access to this big room full of books, called a library! At one time a library was a very big deal! It allowed our parents to access large chunks of information stored in the thousands of books. It was a huge progress from the time that information lived only inside teacher’s heads.

"The world is becoming increasingly more oriented to technology than otherwise, hence it becomes essential for educators to prepare the student to be world ready"

Those in their 40s today, had a selection of schools, a choice of libraries around cities, but we also had series of encyclopedias in our homes. But the only information transfer devices we had were the 100 billion neurons between our ears. Information travelled from one place to another through our brains. Floppy discs and CDs arrived. There were no cloud servers, USB devices, or external hard drives. Still, we had reached an era of “information surplus”. We had more information available easily to us than what we could consume.

Then came September 1998 and the advent of Google. Nothing would remain the same. Today, children don’t even need to get out of their beds to learn and access big amounts of information.

So digital learning is here. It's not a debate. And it cannot be stopped because your phone can answer any question you type into it.

The top 10 most in demand jobs in 2017 did not even exist in February 2004, when Facebook came into existence. What we call “Social Media”, today, is a young term in the evolution of mankind. Today, people have jobs as “social media consultants” or “search engine optimisation experts” and there are even companies that are flourishing doing this. Who had even heard of these designations 10 years ago? These jobs simply did not exist.

Would these lucrative jobs be available to those who do not embrace digital learning? The students in higher education today will be living their lives over the next 4 to 5 decades from now. In the dynamic times, we live in, we don’t even know what next year will look like.

Hence, the lack of digital learning will severely handicap that bridge into the uncertain future. Thus, educators and learners must embrace digital learning with open arms. And balance it with classic learning, interpersonal skills and teaching the future generation the value of human interaction. This can’t be replaced by technology. The skills required for the 21st century are not ones that can be learned digitally alone.

The educator – learner relationship must remain at the core of any program for it to succeed, and digital learning plays an important role in facilitating and enhancing the educator’s contribution in the teaching process. The world is becoming increasingly more oriented to technology than otherwise, hence it becomes essential for educators to prepare the student to be world ready.

Despite encouraging statistics about students' comfort with technology, there are segments of the population that may be far less familiar with technology. While the digital divide has narrowed over the past several years as internet connectivity and home ownership of computers have increased, there are still disparities in who has access to specific technologies. It is essential that before education becomes fully technology driven, educators, parents and students must understand principles of Digital Citizenship focused on Respect, Educate and Protect.

There is a purpose to everything. While the teacher in the classroom discharges her role, which is to guide children, encourage inquisitiveness; technology and digital learning will enable children to see the wonders of the world, the planets and the galaxies, at the palm of their hands. Imagine the beauty of this balance and the possibilities that open up. Educators only need to ensure that we use technology effectively for its value rather than its popularity.