Internet Governance and Capacity-Building Strategies for the Future 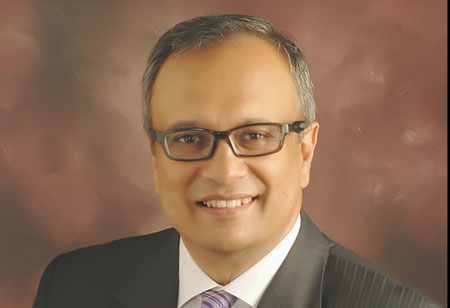 Over the past two decades, the Internet has transformed our lives in ways we never thought possible. What was originally designed as a way to transfer data has transformed into a vital part of our day-to-day life, with almost half of the world’s population now connected to the Internet. Not only has it shaped the way we live our lives, but it has revolutionized business and international commerce. According to a study conducted by the Boston Consulting Group, countries with easy access to the Internet can see a 2.5% increase in their Gross Domestic Product (GDP). In Asia Pacific alone, yearly e-commerce sales total more than USD 870 billion, which is over 50% of last year’s total global digital e-commerce sales.

Who runs the Internet?

No single institution controls the Internet. The growth of the Internet has been facilitated by a concept of governance that seeks input from a wide variety of stakeholders, including businesses, academics, governments, civil society and end-users. The multi-stakeholder model of Internet governance is based on the idea that anyone who wishes to make a difference to the future of the Internet can join the discussion. This ensures that the Internet and Internet-related technologies can develop and evolve based on the desires and interests of those that use and rely on it.

Assigned Names and Numbers (ICANN). Formed in 1998, ICANN helps coordinate and support the Internet’s unique identifiers – names and numbers – across the world, and ensures that the Internet is secure, stable and interoperable. ICANN is only one of several important players in the Internet ecosystem. Others include the Internet Engineering Task Force (IETF), Internet Society (ISOC), Internet Architecture Board (IAB), Regional Internet Registries (RIRs), World Wide Web Consortium (W3C), regional associations of ccTLD operators such the Asia Pacific Top Level Domain Name Association (APTLD), and regional associations of network operators such as Network Operators Group for the Asia Pacific region (APOPS).

What’s next for the Internet?

An exciting future awaits the next billion Internet users. They are likely to be from developing nations such as India, China, Africa, small island-states across the world and South America. Their connectivity behavior and usage pattern - in terms of geographical spread, use of languages and scripts and types of devices - will be very different in comparison to current Internet users. As such, these new users will face unique challenges. For example, the availability of stable yet inexpensive bandwidth, local language content and applications that needs to be developed. Given these challenges, it is imperative that the next billion Internet users start to play a strong role in the global multi-stakeholder model.

How can the “next billion” contribute to the future of the Internet?

Here are three strategies that countries could consider:

The Internet is one of mankind’s greatest technological advancements. Developing economies will only benefit from a free and open Internet, and have much to gain by actively participating in the multi-stakeholder model of Internet governance. The world awaits the voice of the next billion!