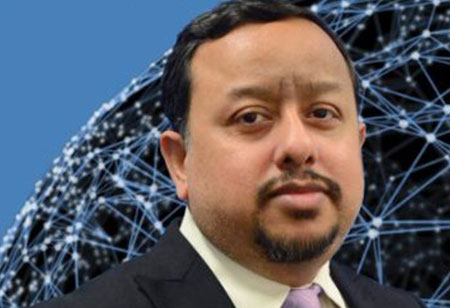 Most of the countries have some form of price controls; the government negotiates with drug companies and device makers for lower prices, and the government has the power to win those negotiations. The United States follows a different model as it leaves the negotiations up to individual insurers and ends up with differential cost of services and drugs. The below graph depicts the healthcare spending as a percentage of economy.

As a result, Payor ends up paying different cost per Healthcare services/product in different parts of the globe, pricing of services in healthcare remains a big jigsaw puzzle. Typically a nation like US spends 2.8 Trillion USD on healthcare each year and UK spends close to 230 Billion. However, due to differential pricing and likes, the percentage wastage has been calculated close to 30 percent in US and 5 percent in UK.

To bend the cost curve in healthcare, here are two interesting business models that have been implemented as pilots in some countries and may get adopted in the next 5 years, all across the globe.

Resources are often a highly untapped area for expense control. Resource optimization is affordable, practical, implementable and 100 percent scalable for any sized hospital and increases net revenues with no new staff.

Under this model one of the first hospital which implemented changes was The Royal Liverpool Hospital, UK in 2009. The hospital had increased the visit of specialist from once daily to twice daily and analyzed the cost of care per patient for a period of 2 years and proved that cost of care can be bent with resource optimization. Some of the key features of the model were:

Results of the scientific study published by Aftab Ahmad et al in 2015 in British Medical Journal proved that better and efficient use of resources helped the UK based hospital bend the cost of care. Twice visit per day of specialist led to more accountability towards patients, less recommendations for laboratory tests and medicines, less cost to the patient ending the cost curve of healthcare services in the hospital.

Resource optimization model can be replicated anywhere in the world. It reduces unnecessary investigations (Senior clinician’s inputs has shown to reduce LoS) and also breaks the myth that Very little evidence that excessive investigations can cure the patients faster.

One such model started as a pilot project in Punjab, India in 2009, Health Kiosk was put up near Water Dispensing Areas and users were offered medical consultation using Kiosk.

Unfortunately this model never got replicated in India itself. On the other side, it was interesting to note that a slight variation of this model started in the United States.Cleveland Clinic and Health Spot entered into an agreement in 2014 to open HealthKiosk in non-traditional settings.

Cleveland Clinic, USA not only established the retail care model while differentiating itself with Walmart model. It also bend the cost curve for it’s patient, where a potential  users  on Medicaid who had earlier paid a fee of $600 per emergency room visit ended up paying about $60 per visit.

Globally major employers are contracting directly with large health systems that offer greater savings for more costly and complicated procedures. Countries like US and UK are working closely to bring down the cost of curve. The new "unnecessary re-admission" penalties in the Affordable Care Act have reduced health system waste in US. Hospital re-admissions dropped by 70,000 in 2012 and are expected to fall even further in 2016. Other countries are expected to follow this model.

Healthcare is moving towards non Traditional settings and in the next 5 years many such models will emerge from developed and developing nations. It’s upto us how we want to structure our care systems and charge our patients.