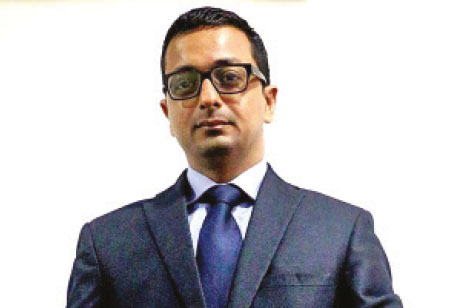 1. Government Owned Institution­al Arbitration like Court but Less Procedures: Like courts, we should have government owned institu­tional arbitration. The advantage is that public will trust it more, costs would be economical and it will be speedy as law of procedures are not stringently exercised in arbitra­tion. Secondly, the Government can directly appoint arbitrators like un­like judges at collegium. Thirdly, all commercial matters should be arbitrated before the Government’s institutional arbitration, except matters which cannot be arbitrated, which can easily reduce the court's burden by 30 percent or more. The other advantage is that all arbitration matters have to be decided in 1 year, and there is only one appeal before Supreme Court of India, which should close the matter in total 1.5 years till Supreme Court of India.

2. E-Copies in Courts: Why do we need physical copies for parties, courts and lawyers? He says in one case there were 21 parties and for each parties, one set of voluminous papers are to be given, one for the court, further copies for lawyers and counsels. He says this literally means that “Save Trees” in only in words and not in spirits. Therefore, all parties should be given scanned copies and they can carry a device (laptop, IPad etc. in court), read and argue from that. Secondly, maintaining physical copies in courts is so tedious, you have to keep the papers intact and secured, sometimes papers are lost or stolen etc. or not traceable, and further you need huge space to keep all papers of all matters of the court, then you have problems of white ants and for that you need to have pest control, which all can be saved in terms of space, costs etc., if we start using e-copies in courts.

3. E-summons etc.: Why do we need to serve physical summons etc., when emails can do the job. You need the staff to upload the same on server and email them to email ids of respective persons, lawyers etc., instead of sending it physically at costs and expenses and delays.

4. Daily Time-Based Hearings: All hearings on a day should 20 minutes time based hearings. You cannot keep arguing cases for hours and hours when everything is mentioned in the written submissions, case, reply or rejoinders? The lawyers cannot go on and on for hours and hours unless it is a requirement which Judges think fit in certain cases. In US, there is a time limit of 20 minutes for each lawyer to argue his or her case. The advantage is that Judges will be able to hear more cases a day. The Judges will also waste no time against hearing the same arguments repeated by the lawyer again and again. Since the same will be a new system in India, there can be an option to increase by another 20 mins at the discretion of the Judge. The bottom line is that if everything is stated by a lawyer and client in his / her written case, plaint, complaint, reply, application, affidavit etc. and the Judges have read the same, then the lawyer should only argue on limited point for highlighting anything and not waste time of the Judges on what has been already mentioned in written submissions and Judges have read the same.

5. Full Case Scheduling from Day 1 to Final Day: There should be a full case scheduling. The moment you file a case, you should have the schedule from Day 1 to final day on the dates and duration of the case, so that one can plan accordingly. We must remember one thing that persons coming to court generally is working or employed somewhere and has to leave aside his/ her work and routine schedule, which it hampers his/her full day’s schedule. The above will also give confidence to the person filing the case know the procedures involved which it will go through, with headings, dates and timelines by when the case will get over. Imagine you know the flight boarding time but do not know when it will land. Our objective is to at least predict a landing time for closure of case, which today is not known. In fact, the quality of service motivates us to work on a project which can estimated timelines till Supreme Court of India

6. E-hearings, why go to courts: Conduct e-hearings in cases where required. Travelling to the courts may be convenient for some but inconvenient for many. Where is it procedur­ally convenient, e-hearings i.e. video conferencing, Skype hear­ings etc. between courts and law­yers chambers can be conducted which would save us a court room, administrative time, money, costs, in­convenience, and unnecessary travel to courts. The courts can always call parties for important days or on order day. In fact, courts which are for petty matters should have online payment of fines etc. and no special courts should be opened for that purpose. More so it will be convenient to the Judges also for administer­ing the same.

7. Don’t Courier case papers, when you can send by email: All services of documents like applications, plaints, complaints, replies, affidavits etc. can be elec­tronically served to the concerned person and/or their lawyers on record. The hassle of wasting papers for each parties includ­ing travelling to places for the concerned persons involved in case could be avoided. The parties and their lawyers should ex­change email addresses and the e-registrar should be marked a copy to keep records of the same with courts.

All of the above innovations are pos­sible by Digitization and policy decision making as a Make in India referendum, and shall only enhance the confidence of the general public in our jus­tice delivery system and avoid terming the delays in court cases as “Justice delayed is jus­tice denied”.