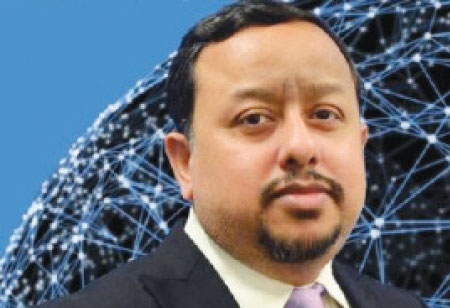 The public healthcare scenario in India is not in a good shape and needs serious preventive diagnosis. Recently, Noble Laureate Amartya Sen stated that the India public healthcare had witnessed a slide over the past few decades with media and politicians ignoring the sector largely. Well to an extent it is true but that has not stopped people from taking some strong initiatives in 2017. Here are few glimpses -

In 2015, approximately 798 people died due to Malaria, Dengue and Japanese Encephalitis and till July 2016, 21 deaths due to dengue, 57 deaths due to malaria were reported by Health Minister Nadda in Lok Sabha (Financial express, July 29, 2016). Malaria, Dengue and Japanese Encephalitis remains one of the major concerns for the country every year. Despite efforts to eradicate, it remains a problem for the government and the people of India.

In one of its first PPP models and also a first major step to eradicate malaria, the Indian Council of Medical Research has signed an agreement (Feb 2016) with Sun Pharma as part of the government strategy to eliminate malaria by 2030. The first phase of the project is expected to be launched across 1,233 villages in Mandla in January 2017. NIRTH, Government of Madhya Pradesh and FDEC (Independent Project Management) are expected to work jointly on the malaria elimination program by use of vector control (Use of Long Lasting Bednets (LLINs) and case management (rapid on the spot diagnosis and prompt treatment) as per national or WHO guidelines. Sun Pharma is expected to fund as well as execute this program over a time period of three to five years, covering over 2,00,000 households in Mandla.

Although this initiative is unique, the only concern that comes to my mind is that this should not lead to drug monopoly of any one particular company. Malaria drugs are manufactured by companies such as Cipla, Sanofi, Abbott, etc. and with this unique PPP model, Mandla (Target city) is expected to be flooded with drugs from one particular company. At present, there is limited clarity on whether there are any measures to control monopoly or not. The good news is that if this PPP model is successful, then, we can expect more such PPP programs to be launched in different parts of India and many more pharmaceutical companies are expected to come forward to partner such initiatives. Till then we can just keep a close watch.

Mid last year, the Drug Controller General of India (DCGI) has relaxed laws to allow clinical researchers to perform as many trials as approved by the ethics committee, instead of the earlier restriction of three trials. Further the restrictions on number of minimum beds (from earlier 50 beds) at the clinical trial site have also been amended. The pharmaceutical companies which are interested to conduct trials in India, are further expected to apply for ‘no objection certificate' from the DCGI in case of addition or deletion of new clinical trial site or investigator.

2016 witnessed 10.6 lakh more prescriptions of anti-depressants (than 2015), as per report published by Economic Times. While 3.35 Crore new patients were registered in 2015, the number increased to 3.46 Crore in 2016 (14 percent increase). This is alarming for the population, while on the contrary, an added attraction for drug companies planning to enter the anti-depressant market in India.

India’s third largest drug maker Lupin Limited is expected to file its first biosimilar Etanercept for approval in Japan, world’s second largest drug market, in 2017. Piramal group is also expected to demerge it’s pharmaceutical and financial services. With UK acquisition in pipeline (specialty products acquisition from UK based Mallinkrodt), Piramal Critical Care shall strengthen further in coming days. The groups is working on its new strategy to look at all complex and difficult to manufacture products which are not mere generics and is expected to focus on segments such as anesthesia and/or injectable, besides expanding their over the counter drugs portfolio, in 2017.

National Pharmaceutical Pricing Authority (NPPA) has announced a cap on 33 essential medicines in January 2017. These drugs include anti-allergic medicines used for common cold and cough, antibiotics and drugs used to treat ulcerative colitis, arthritis, psoriasis, gastro-esophageal reflux and tuberculosis. 11 New drugs have been introduced to the already existing list of 684. The new list that was released in December 2016 has a list of 875 essential medicines. With the new initiative, the government is trying to make the treatment affordable for critical diseases and in a way bring down the cost of healthcare expenditure further. Whether this impacts the common man’s pocket or not? Economists need to wait and watch.

Overall, 2017 shall remain a mix bag of new initiatives both from government and private sectors with no threat from Trump administration. US market shall remain the major focus areas for Indian manufacturers with some generic manufacturers diverting their focus to Japan.