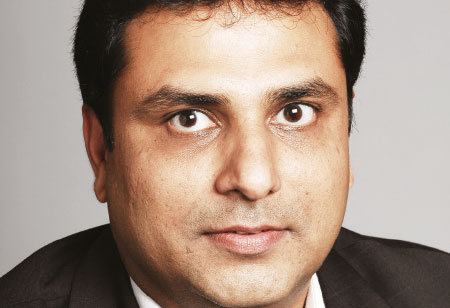 Based upon ambitious targets in renewables, India is increasing its total installed capacity in solar and wind energy via higher investments and research collaborations. Since assuming office in May 2014, the NDA Government has set ambitious targets in the power sector and the renewables segment. Presently, India has the fifth-largest power generation portfolio, with an installed capacity of 304.7 GW in July 2016. It is also the fourth-largest wind energy producer in terms of installed capacity, following China, the U.S and Germany. The country now targets 175 GW of capacity from renewables by 2022, of which 60 GW will come from wind energy.

Besides solar, wind energy plays an important role in India’s power plans. At present, India’s total wind power installed capacity is about 27 GW, which accounts for around nine percent of the country’s total installed capacity. This will rise by 4,300 MW in 2016-17 and is set to grow 30 percent annually, with most capacity additions by Andhra Pradesh, Gujarat, Madhya Pradesh, Karnataka, Rajasthan and Maharashtra, among others.Before this, the highest capacity addition in wind happened in 2015-16, when 3,300 MW was installed a growth of 43 percent over the previous year and a record until then.

Along with solar, wind energy has seen unprecedented growth due to technology advancements and a positive policy environment for renewables followed by both the Centre and States. Due to this, the renewables sector has attracted investments of more than $3.16 billion, with total installation of around 64 percent of the country’s total grid interactive renewable energy capacity. According to experts, this is equal to curbing carbon emissions by more than 58.56 million tonnes annually or akin to planting more than 1.76 billion trees.

India’s clean energy drive is gathering momentum is clear from the fact that green energy has overtaken the capacity of large hydroelectricity projects that once supplied the most electricity. As per statistics released by the Central Electricity Authority, out of India’s total capacity of around 304.7 GW on 31 July this year, the total capacity of renewable energy, expanded to 44.2 GW, surpassing hydropower at 42.8 GW. But the nation still depends upon thermal power, since, this has a much higher installed capacity, while supplies from renewables plants are not available consistently.

Nonetheless, clean energy’s soaring capacity marks a momentous milestone in India’s energy scenario and heralds its rise as the world’s fastest-growing renewable energy nation. Given its immense market potential, companies from across the globe are participating in India’s auctions for solar-powered projects.

Not surprisingly, Union Minister for Power, Coal, New and Renewable Energy, Piyush Goyal has set a stiff Rs. 600,000 crore target for building renewable energy plants, which includes 100,000 MW of solar power capacity by 2022. This is five times the previous target of 20,000 MW. The government has also made clear its intentions of achieving 40 percent cumulative electric power capacity from non-fossil fuel-based energy sources by 2030, to be undertaken via transfer of technology and low-cost international funding, which would include the Green Climate Fund.

The rise in renewables’ capacity is practical and fortunate for India. Although the country has huge potential for hydroelectricity, massive protests against its environmental impact have stalled most projects in Uttarakhand, Arunachal Pradesh and Sikkim. The biggest cause of concern has been the submergence of thousands of hectares of land, displacement of local communities and lack of proper rehabilitation of the displaced. These have red-flagged hydropower as being environmentally unfriendly and economically unviable, with negative outcomes outweighing benefits.

Signalling its steadfast commitment towards clean energy, the Union Government recently announced plans to double investments for clean energy research in the next five years from $72 million to $145 million. The Government has also announced that India will be collaborating with Britain in setting up a Joint Virtual Clean Energy Centre to counter challenges in solar energy. It will also be launching a new Research Track on Smart Energy Grids and Energy Storage under the India- U.S. Partnership to promote clean energy research.

According to Union Minister for Science and Technology - Dr. Harsh Vardhan, super-efficient air-conditioners can reduce energy demand from 60 GW to 40 GW, a saving of more than 30 percent, translating into cost savings in energy bills of $2.8 billion and greenhouse gas reductions of 20 million tons of CO2 equivalent. The Minister also revealed that India’s LED lighting programme, the world’s largest, has seen the country lead the way by driving 12 percent of global LED demand, rising from 0.1 percent just two years ago.

All these initiatives to boost clean energy capacity are indeed commendable. If the government does meet its ambitious clean energy targets, it may only be a question of time before India emerges as the leading nation in the use of renewable energy.