Increasing Relevance of M&A in India 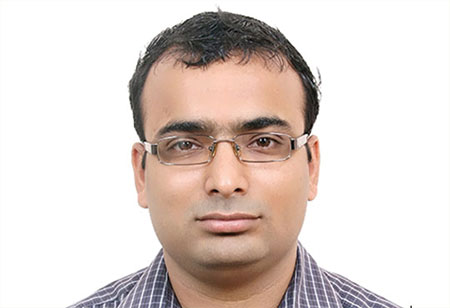 To Create or To Acquire?

As business leaders look to grow their businesses, they faced this question at every important juncture in their growth journey. Every time an organization moves to the next level of evolution, the default option is to “Do it yourself”. However, taking the leap from one level to another, purely through organic efforts has its own limitations. Growing organically takes time and comes with along and grueling learning curve. On the other hand, inorganic route, if conceptualized and executed properly, can really help organizations achieve the desired goal in a much shorter time frame. While organizations do acquisitions for varied reasons, most of the M&A deals are driven by one of the below motives in the backdrop:

• Get control of a scare resource/asset (e.g. While Reliance Communication and Aircel merger is driven by quest for market share, it also gives Reliance control over spectrum that is licensed to Aircel).

Business leaders need to weigh all options and need to be absolutely sure that acquisition is the best path (not necessarily the shortest one) to their vision. Then starts the hunt for the right target followed by diligence and negotiations. While finding a good target and negotiating a sweet deal is a great starting point, it nevertheless is just the tip of the spear.

Benefit of acquisitions is not how good the rationale was. Rather it depends on how efficiently post the transaction integration was managed with a view to achieve the rationale.

According to an article published in Harvard Business Review in May 2016, a research done on 2,500 large M&A deals showed that more than 60 percent of them were value destructive. A success rate worse than toss of a coin!

While one can assign a number of reasons to a failed acquisition, few major aspects can be an ill thought out deal rationale, incomplete diligence, overpriced valuations, impractical synergy assumptions, inappropriate deal financing, cultural differences, lack of market understanding and poor execution of integration. Despite doing all the above right, acquisitions can also fail because of regulatory changes, bad timings or a sudden turn in economic environment.

External Factors are Important too

Evolution and Relevance of M&A in India

Primarily the M&A activities in India have been evolving since liberalization in 1991. A steady increase in M&A activity over last 10-15 years can be attributed to the robust macro-economic drivers, growing aspirations of Indian business leaders and gradual but continuous opening up of the economy. Having said that, there is still lack of clarity on regulations around M&A. Regulatory framework needs to evolve keeping pace with global business environment.

Over the past 3 to 5 years, India has witnessed rapid growth in entrepreneurial activities. As per NASSCOM and Zinnov report, released in Oct 2015, India is 3rd largest start-up ecosystem in the world.

Factors that can potentially drive M&A in India in coming months are:

•Tremendous pressure to cut costs and focus on profitability

• Valuations are settling down after a rally of two years

This presents an opportunity to consolidate and grow market share at the same time reduce the cost by bringing economies of scale. Acquisitions are also bringing together complimentary products and technologies to generate revenue synergies.As per Grant Thornton, M&A deal activity rose by 12% to $15.7 billion in the first half of 2016 which was largely driven by domestic investor interest.

We have already seen the starting of consolidation in e-retail space (Flipkart-Myntra, Myntra-Jabong, Mahindra-BabyOye etc.) and may soon end up with only 2-3 large players across the country. Similar trends are emerging in, Home furnishing (Future Group-Fab furnish), Jewelry retail (Titan - Caratlane), FinTech (PayU-Citrus) and digital real estate as well (PropTiger-Makaan, Quikr- CommonFloor).

The interim period might be somewhat uncertain and turbulent but on the larger picture, like natural selection, consolidation is good for the business ecosystem to weed out the weaker, unviable business models and bring forth the stronger and most robust businesses.