Importance of Pharmaceuticals and Biotech in Today’s Market 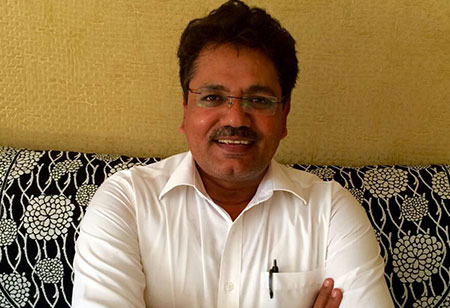 Pharmaceutics and Biotechnology are the two important sub-segments of the Pharma industry. Pharmaceutics produces chemically-derived drugs, through the development of new molecules, while the biopharmaceutical or the biotechnology segments produces drugs derived from life forms or biologics like proteins, nucleic acid, etc. Yet another emerging segment is that of Bio-Similar drugs which include wide range of products like vaccines, therapeutic proteins, blood and blood components, tissues, etc.

Over a significant span of time the industry has witnessed tremendous growth in biologics, over-the-counter (OTC) medicines and generic drugs. Thus significant opportunities as well as challenges exist in this sector. Talking about the global market scenario, the industry saw all time high revenue of $1.3 trillion in FY 2015, with an estimated increase in health care spending of about 5.2 percent in FY 2015-2018.

North America accounts for the highest share of 41.9 percent in the global Pharma market, followed by Asia/Australia at 26.8 percent, Europe at 19.8 percent and Latin America at 19 percent. The pharmaceutical sector growth is highly correlated to the growth of these economies; any slow-down in these economies adversely affects the industry.

Pharmaceutics/Biotechnology and the US Market

Pharmaceutical segment is one of the mainstays of the economy of USA. It has exceeded the amount of $380 billion and plays a major role in monitoring the global pharmaceutical market. The segment generates high-quality jobs and supports a vibrant scientific and economic ecosystem in the US. The biopharmaceutical sector supports a total of 3.4 million jobs across the country.

It also has collaborated with many research institutions across the country in order to carry out clinical trials, thus providing people access to new treatments and creating local jobs. Around 50 billion US Dollars are spent annually for the R&D purpose, thus making the expenditure incomparably higher than in any other manufacturing sector.

The pharmaceutical and biotechnological development in the country has led to the discovery of many lifesaving drugs; the companies have entered into the untapped markets; these development followed by a large amount of investment have resulted in making of significant profit by the companies as well as the investors in the sector.

Pharmaceutics/Biotechnology in the Indian Market

The Indian Pharmaceuticals market being the third largest in terms of volume is mainly dominated by generic drugs. Indian generic drugs accounts for 20 percent of the world global exports, making India hold an important position in the global pharmaceuticals sector. Indian pharmaceutical companies have signed six sub-licenses with the UN-backed Medicines patent pool in order to make generic version of scarcely available drugs for 112 developing countries. These generic drugs are made available at a relatively lower cost in the poor and developing countries.

The industry is set to reap significant benefits as the patents on a number of blockbuster drugs will expire over the next few years. Indian pharmaceuticals are expected to grow at 20 percent CAGR over the next five years, thus outperforming the global Pharma industry. Pharmaceutical firms are also eyeing the Japanese market, as there is an increase in demand for generic drugs due to ageing population and rising health costs. Indian pharmaceutical industry market is expected to reach US$ 55 billion by 2020, while the biotechnology industry will show a growth rate of around 20 percent and reach US$ 100 billion by 2025 if government spent at least five billion dollars to develop human capital, infrastructure and research initiatives.

Bio- Pharma is the largest sub-sector that contributes nearly 62 percent of the total revenue of the industry. Talking about the FDIs, Pharma sector is now subjected to 100 percent FDI thus attracting an inflow worth US$ 13.45 billion between 2000 and 2015.

In addition, India is established and preferred manufacturing location for multinational because of low cost and labor. Various government initiatives, untapped rural markets and increase in investment in the sector have made MNCs and domestic companies work together and utilize each other’s strength. This has not only created job opportunities for the people but also has optimally utilized the marketing and distribution network throughout the country.

Talking about the global economy, pharmaceutical and biotechnology forms an important part of the global economic development. The year 2015 saw an increase in demand from emerging markets like China, and other Asian/Australian nations. China alone contributed to around 40 percent of the total revenue growth, where the government has been proactive in increasing FDI in the pharmaceutical and biotechnology sector.

Development in the field of biotechnology has lead to emergence of new segments like Bioinformatics, and Big Data analytics. The combination of biopharmaceutical and data analytics has tremendous growth potential. Complex data from DNA sequencing are being coded using big data analytics, thus reducing the time taken for genome analysis. This has further provided an opportunity for software firms to develop big data tools and software, leading to an overall economic growth. The industry is at a critical juncture, where remarkable new medicines are being developed, demand for its products is increasing and the barriers to trade are falling. The industry needs to capitalize on these opportunities and create more value for healthcare providers and patients.