Importance of Pharma and Biotech in Today’s Market 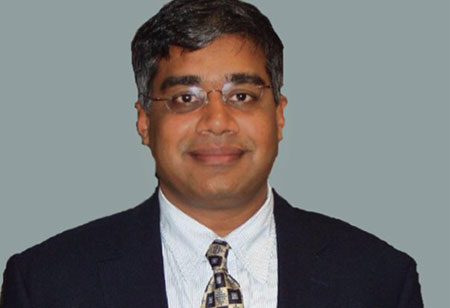 The past century has witnessed a giant leap in terms of innovations in life sciences that led to continuous growth in the pharmaceutical and bio-tech market. Today, this industry is making a significant contribution in curing, and preventing life threatening diseases that target not only humankind but animals too. It is estimated that the global pharmaceutical market will be valued at around US$1.6 trillion by the year 2020. As we are moving into third decade of this 21st century, the solutions to satisfy unmet needs for pharmaceutical products in developed and developing world are becoming increasingly complex and challenging. For example, today overall pharma industry is investing twice as much as in R&D as it was a decade ago, yet it is producing only two fifth of the new medicine it produced back then. This could be attributed to the fact that for past two decades scientists in pharma industry diverted their focus from natural products based drug design to unproductive combichem technologies that focused on quantity of compounds rather than the quality along with continued stringent regulatory policies for safety and lack of understanding of so called translational medicine. Other factors that have impacted the revenue growth include patent expiry of blockbuster drugs, thinner drug pipeline, continuously increasing drug development costs and reducing exclusivity period due to aggressive generic penetration.

Evaluation of Pharma and Biotech market in Indian Market

Today, Indian pharma and biotech market focuses on following three areas. (1) Generic and bio-similar market (2) Contract research, manufacturing and clinical services and (3) Innovative NCE R&D based pharmaceutical sector. Among these, generic market is the most mature as the government began to encourage the growth of 'drug manufacturing' by Indian companies in the early 1960's, and enabled them to move further through the Patent Act of 1970. However, economic liberalization in 90's by the Indian government enabled the industry to become what it is today. During this process over the period of last three decades India has become an expert in reverse engineering skills in pharmaceutical manufacturing and process optimizing skills in API manufacturing. On the other hand, the bio-similar development in India began only last decade and this is one of the emerging areas of interest for various pharma companies as many innovator big pharma companies are moving away from small molecule based discovery. During the past decade the CRO/CMO market has also grown significantly due to increased outsourcing from innovator companies and readily available low cost talent pool in India to accommodate various development and commercial needs of customers. This CRO/CMO model became a natural fit for Indian based pharma companies due to three decades in house experience in API and pharmaceutical development and manufacturing capability. Finally, several NCE based initiatives for the past 20 years did not yield any fruitful results despite sizeable investments that went into R&D by Dr. Reddy’s, Astra Zeneca and Piramal.

The Indian pharmaceuticals market has increased at a CAGR of 17 percent in 2015 from US$ 6 billion in 2005 and is expected to expand at a CAGR of 16 percent to US$ 55 billion by 2020. By 2020, India is likely to be among the top three pharmaceutical markets by incremental growth and sixth largest market globally in absolute size. The top drivers that bring this growths are generic and CRO/CMO/Clinical Services industries. It is estimated that this industry will grow from current US$ 131 Billion to US$ 215 billion in the year 2020. India can enjoy good size of this market if it addresses a few challenges such as (1) improving efficiency in R&D and technology and (2) Bringing efficiency in operations through best processes and technology. In generic space, the same challenges stated above will apply along with challenges with (3) Overcoming quality related issues and (4) Chinese dependency. Today, in Indian API world, we are importing >85 percent of API from China for domestic and less regulated markets and >90 percent advanced intermediate from China for export market in regulated countries. This heavy China dependency is going to be a challenge unless ways are found to establish backward integration until we reach a self sufficient status and one can use PM’s “Make in India” strategy to the fullest extent.

Importance of Pharma and Biotech Consultants to the Organization

Normally, consultants play a huge role whenever there is a need for change or right after the change by bringing in change management. Currently, Indian pharmaceutical organizations need both types of support from consultants. Although there is huge potential for pharma market to grow at 20 percent. There is significant competition from China and other developing countries where low cost with self sufficient supply of raw material and improved R&D and technology. India already has extremely good consultants in the area of finance, legal, general administration, strategic marketing and operational excellence however there seems to be a gap for consultants who can provide guidance to R&D and technology for strategy and execution in NCE, generic and CRAMS industries. Because of the proven experience in science and technologies, these technical consultants can bring right leadership skills along with state of the art technology to the organization that can bring value addition not only in the quality of products but also reduce the cost of product and services to the customer. Few such technologies are Green Chemistry, Chemo catalysis, Bio-catalysis and flow chemistry in API areas and QbD which is applicable for API, drug product and bio-similars. For the past few years EHS and QbD consultants are already making an impact in several organizations.

It is obvious that during upcoming decades there huge opportunities in export and domestic markets for Indian pharmaceutical industries. There will be paradigm shift in pharma industries towards improvement in their R&D, technology, safety and operational excellence due to increased investments in these areas and by bringing right internal or external leadership (consultants) for training and development of scientists and engineers at all levels.