Impact of IndAS on Capital Markets 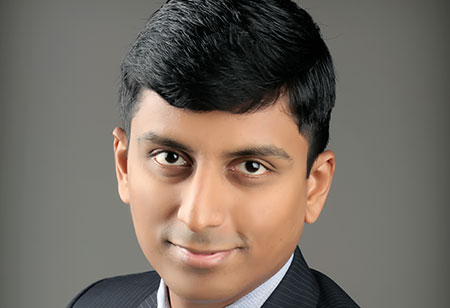 Accounting to some extent is shaped by economic and political factors and hence harmonization of accounting standards and practices is almost an inevitable consequence of the increasing integration and globalization of markets and policies. This has been witnessed by the mandatory adoption of the International Financial Reporting Standards (IFRS) in several countries in the last decade and more recently in India in the form of Indian Accounting Standards (IndAS).

Financial reporting in India is undergoing a significant transformation owing to the adoption of IndAS. After several years in the making and a significant deferment (2011), this has now become a reality for Indian companies. With the implementation of IndAS, several gaps that existed in the India accounting framework have been somewhat filled up, making Indian financial reporting standards contemporary and virtually on par with leading global standards. Efforts towards convergence with International Financial Reporting Standards (IFRS) is a giant leap forward to make Indian standards contemporary even though there are certain carve-outs or deviations from IFRS. This is IFRS convergence, but not IFRS yet! This important and long pending reform, may go a long way in helping India improve its global rankings on corporate governance and transparency in financial reporting.

The transition to IndAS has an organization wide impact and not just accounting. Companies need to plan in advance and invest time. Given the pervasive nature of the impact of these new standards, companies may also have to assess impact on other stake holders such as investors, lenders and analysts. Impact on areas such as tax planning, compliance with loan covenants, incentive plans, acquisitions, funding for such acquisitions need to be assessed. These would also have impact on internal processes and systems.

For the Capital Markets

Some of the advantages of IndAS adoption:

1. It will enhance investor’s ability to make informed financial decisions, eliminating confusion that arises from the existence of different ways to measure status and financial performance in different countries, leading to reduced risk for investors and lower cost of capital for companies.

2. It will lead to reduced costs related to preparation of financial information under multiple sets of accounting standards.

3. It will lead to greater incentives for international investment.

4. It will allow a more effective allocation of financial resources worldwide.

One of the main arguments in favor of IFRS adoption globally is that it enables investors to obtain better information about the company, as it mandates the use of recognition and measurement criteria that better reflect the economic reality of companies and requires the management to provide a large amount of information in the notes.

It is expected that the increased quality and comparability of financial statements and the consequent increased usefulness of information, have a positive impact on the ability of analysts who follow companies to better analyze the results and make better investment decisions. This is expected to have a positive impact on the capital market, the credit market, on executive pay, and on economic decisions made by companies. Thus, IFRS adoption is expected to improve investor’s ability to make informed financial decisions and therefore lead to improved investment.

When compared to accounting systems that are significantly influenced by political and fiscal issues, such as that prevailing for a long time in many countries, the system based on IFRS will provide several advantages. A system based on IFRS not only better reflects the economic substance of transactions over their legal form, but it also reflects economic gains and losses in a more timely and appropriate manner. In addition, such a system makes the results more informative, providing better accounting information and reduces the discretion that the traditional accounting systems that existed in many countries provided managers with in order to manipulate provisions, create hidden reserves, embellish outcomes, and conceal economic losses.

Some people also argue that benefits of implementation of IndAS are still a matter of debate. There are reasons to believe that IFRS adoption, by itself, does not guarantee an increased information quality and comparability and a consequent improvement in the allocation of financial resources.

As IFRS has options and requires value assessment and value judgments, some sections of stake holders are concerned that there will be some disparity in the way the IFRS principles are applied. Misusing this “room for manoeuvre” depends on companies characteristics and countries institutional characteristics. Therefore, IFRS adoption will not benefit uniformly those with a potential interest in applying this set of standards. Nevertheless, it is expected that the benefits resulting from IFRS adoption are higher than the costs or pitfalls associated with this paradigm shift.

There are numerous journals, analyses and studies in countries (that have already adopted IFRS) showing empirical evidence that IFRS adoption has had a positive effect on the capital market. It is understood that there is a positive effect when IFRS adoption improves operating conditions in the capital market, because it leads to lower cost of capital, lower synchronicity of actions, attraction of institutional investors and foreign investors, besides other benefits. There are some studies which state that the effect is greater on companies from countries with more significant differences between local standards and IFRS and on companies from countries with a higher enforcement level.

Although existing research suggests that companies and users of financial information do benefit from IFRS adoption, there are sections who believe that not all companies and not all users are benefited. Impact of IndAS adoption in India needs to be seen carefully as Indian markets are very different from international markets where IFRS is already adopted (Australia, UK, Europe and Canada). In India, we have numerous closely held companies, many companies being managed by families rather than professionals, archaic and outdated regulations, etc. Another important belief is that financial reporting is mere compliance and does not add value. Perhaps the maximum benefit from implementation of IFRS can be derived if this mindset can be changed.