How Traditional Or Mainline Mediums & Content Can Stay Relevant In The Digital Times?

By Sahil Vaidya, Co-Founder, The Minimalist 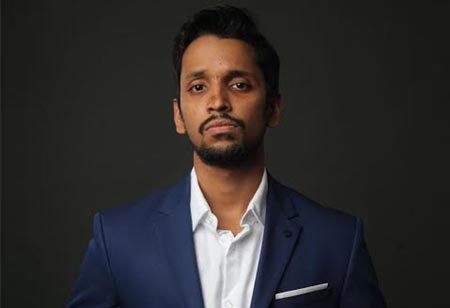 Sahil, is a young entrepreneur, TEDx Speaker and Co-Founder of The Minimalist – a creative solutions group company based out of Mumbai.

Over the course of the last seven decades, Indian advertising has evolved to an extent, where it’s safe to say that it is indicative of the changes, the country’s economy and society has undergone. A few decades ago, print as a medium was at its peak, among advertisers, which later lost out to the radio, closely followed by TV. When TV as a medium of advertising became the preferred choice among brands, there was speculation that print would be rendered obsolete.

Today, print proved critics wrong, and is thriving as much as TV. One of the main reasons for this can be attributed to the unique role that each medium plays in conveying their message to their audiences. However, in the digital age, there is much chatter within the industry that the demand for traditional media, which includes print, TV, radio, and OOH will decrease among advertisers. While history dictates that mediums will definitely change over the course of time, it has also shown us that they will not go extinct. What we can expect though is a contemporary use of traditional mediums of advertising.

Leading the way for this to happen is the increasing use of the smartphone among consumers. Our devices are now functioning as a print, radio, and TV platform at once, thus leaving us to infer that traditional mediums will not go extinct. Rather, they will merge with digital mediums in order to connect with audience at multiple levels and times of the day.

Having said that, in a country like India, with its vast geographies, and vaster range of audiences, traditional mediums will always have an edge over digital platforms. Irrespective of advancements in technology, there will always be a preference of a large section of society to pick-up a newspaper in the morning, or listen to the radio while travelling. This section of people still forms the vast majority of Indians, especially those in rural areas where internet penetration is still weak.

Alternatively, brands can also choose to go down the independent route. By opting for this, digital mediums can continue to play their role of driving conversations, and engage with consumers. While, traditional mediums on the other hand will drive branded content. When it comes to driving a certain branded message, traditional media has proven to be, and will continue to be far more effective, with a stronger reach than digital media.

Bearing this in mind, it is imperative for brands to not question the medium; rather, what they truly want to achieve, and accordingly pick the right media mix, for maximum return on investment. Today, we very often hear clients request us for topical posts for social media, because a competing brand has done the same thing. This is in fact one of the biggest mistakes brands make, by jumping on the bandwagon. The digital medium has today gone beyond a mere platform for topical content. It can be a great conversation starter, but has become a highly evolved medium. What is important is to truly understand your brand’s requirements, your target audience, and identify the right mediums, with a balanced blend of traditional and digital media, for maximum reach.