How To Build Leadership Qualities In Your Child 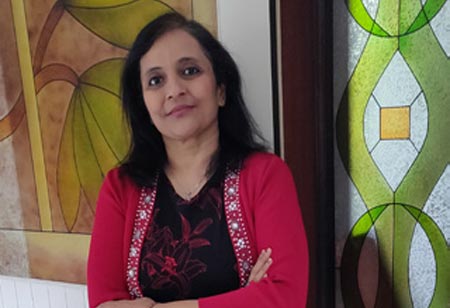 Deepma is the Co-Founder of The Confident Communicator - a training company to empower adults, teens and tweens develop excellent communication and public speaking skills.

Have you heard an infant wail to be fed or changed? The authority in their tone sends every parent scrambling. They make sure their demands are met – sometimes the parent gets it right the first time, sometimes they just have to keep trying until they get it! Often, it takes teamwork. Maybe the grandparents have to get involved. Other times, it’s a friend, or a call to the doctor. Whatever it is, it gets figured out. Because the leader doesn’t give up, and ensures Team Parent gets the job done to his satisfaction.

Have you been around an infant that is enjoying herself? Every little sound and action draws us in, and makes us smile! But, she’s happy for herself, not for our entertainment. She depends on applause from within rather than outside.

Have you been around a toddler who’s learning to walk? He stumbles, laughs, cries, and keeps failing until he finally gets it. The adults laughing at him rarely deter him. He isn’t walking for them – he’s learning for himself. Giving-up isn’t a part of his vocabulary yet.

“Surround yourself with the kind of people you want your kids to emulate. Introduce them to trailblazers, pioneers, innovators who are leaders in their respective fields, so they will see first-hand what it takes to be successful”

We don’t have to teach a child to be a leader. We just have to nurture their natural ability to stay one. Here are 6 easy ways to do just that:

• READ to them- When they’re infants, toddlers, pre-schoolers, all the way to their teens! I’m serious. I’ve raised two kids who I read to and who read to me through their teenage years. We actually read The Importance of being Earnest by Oscar Wilde together, and it remains one of our happiest memories!

“While every reader may not be a leader – but every leader is a reader.” Harry Truman

“Your children will become who you are, so be who you want them to become.”

• COMMUNICATE effectively and teach them how to do the same. Good communication skills will enable them to build great relationships which in turn will ensure that they’re great leaders. The leaders of the 21st century will have to inspire everyone around them to work harder and smarter. If they don’t write, speak and listen well, that’s going to be almost impossible.

• EMOTIONAL INTELLIGENCE-A child who has observed and absorbed the significance of empathy, sympathy, integrity and trust is ready for a lifetime of successful leadership through creative problem solving and building effective partnerships.

•EMBRACE FAILURE- Parents who are uncomfortable with their own missteps will forever demonise failure for their children. Let’s teach our children that failure is not only inevitable, but desirable. At The Confident Communicator, every student has to do a research project on the importance of failure as a stepping stone to success. When kids learn to accept that without failing, the success they desire is impossible, they are more willing to push themselves out of their comfort zone.

“Those who fail miserably can achieve greatly.” John F Kennedy

• HARD WORK- Surround yourself with the kind of people you want your kids to emulate. Introduce them to trailblazers, pioneers, innovators who are leaders in their respective fields, so they will see first-hand what it takes to be successful.

“Success is no accident. It is hard work, perseverance, learning, studying, sacrifice and most of all, love of what you are doing.” Pele

Leaders are those who are successful at, and passionate about what they do. In the 21st century, a leader is someone who wants to make a difference, one who is focused on the goal and not the role; as opposed to the stereotype of someone shouting orders, being arrogant, offensive, or abusing their position of power and/ or wealth.

Ken Lear said it best, “The essence of leadership is influence not authority.”