Home Automation the Next Big Wave 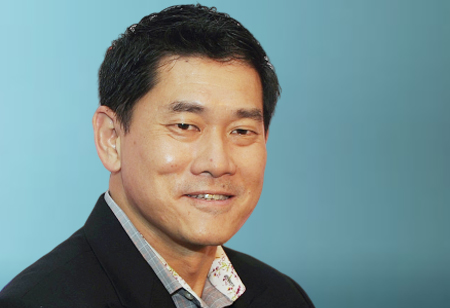 Since 1978, Seagate Technology has been creating precision engineered data storage technologies that deliver superior capacity, speed, safety, and performance. Teh joined Segate in 1992, since then he has held several leadership roles in Global Sales, Marketing & Sales Operation, and more than anything he has a vivid interest in Storage, Data Science, IoT, and AI.

Data is the lifeblood of the IoT, with data volumes expected to grow exponentially with greater IoT adoption. According to the Seagate-sponsored Data Age 2025 report by IDC, the total global volume of data will skyrocket to 163 zettabytes by 2025, of which 20 percent will be embedded data - data created by embedded devices, machine-to-machine communications, and IoT. Additionally, an average connected person anywhere in the world will interact with connected devices nearly 4,800 times per day amounting to one interaction every 18 seconds.

IDC also predicts 95 percent of real-time data will be generated by IoT. With more IoT devices creating an exponentially growing volume of data, there is also an increasing need for better and more efficient solutions to process and analyse this data for business use. This will require robust infrastructure - companies will have to figure out the balance of software, hardware, facilities and manpower investments to cater to the huge amount of data flowing into the organisation now and in future.

Being able to connect more devices to the internet will also give businesses access to deeper insights, resulting in more efficient and effective operations. Asia leads spending in this sector - growing from $698.6 billion in 2015 to almost $1.3 trillion in 2019. With this much anticipated growth in the IoT realm, we see opportunities for us to partner with businesses to help them build or adapt their storage solutions to meet evolving needs.

IoT Solutions to Enable in Creating Safe, Smart and Effi cient Cities
Smart living is highly dependent on leveraging the IoT - how it taps into cloud-based applications and analytics platforms and manages sensors and devices in a secure manner. This process is often positioned as an end-to-end solution covering utility management, technology-enabled learning, elder care, tele-health and much more with numerous benefits, including increased safety, reduced traffic, lower levels of pollution, and a better quality of life for city dwellers.

For example, in India mobile-enabled smart meters are being used to prevent the theft of electricity. The meters leverage analytics tools to monitor for unusual activities such as meter bypassing, or the tapping of live wires by giving utility providers real-time visibility. Built in connectivity within the meters also circumvents the need for meter-reading staff which in turn eliminates issues such as bribery.

In countries like Singapore where there is a rapidly ageing population, smart living platforms can help with care for the elderly. Wearable devices enable caregivers to check if an elderly person has fallen or if it is a false alarm. The technology also relies on communication with in-home cameras to verify falls and offers the potential for collecting data that might be insightful to doctors and even for better home and building design in the future.

Data is becoming the backbone of cities and as new data types and sources are emerge, the way a city interacts with data must change for it to be truly smart. Ultimately, the more data that flows freely -  and securely - the more innovation is possible.

Today, seven of the 10 largest smart cities in the world are in Asia [i] with most of them counting on IoT and smart city technologies to deal with urban challenges that were previously never experienced. Backed by a proper strategy and a robust IT architecture, governments in Asia are poised to become leading examples of smart city successes worldwide.

The Key Role of IoT in Off ering Home Automation and Reduced Dependence of Devices
The idea of a smart or connected home has come a long way since Bill Gates built what was considered the “Home of the Future” in the early 90s. For the everyday consumer, the dream of a technologically advanced home may have never vanished, but there is certainly a palpable revival in the technology industry today to fully realise that dream, thanks to the IoT.

Today, with the introduction of Internet of Things (IoT), consumers have the power to control many aspects of their home. For instance, they can control the lighting and temperature of their house while driving home from work or talk to appliances like the coffee machine through a simple voice command. Such IoT-driven IT automation is the key to bridging the gap between human limitations and technology’s capabilities.

In a nutshell, IoT enables the seamless connection of computing devices that have software and sensors installed in them, allowing for greater convenience and accessibility for consumers. The Indian government’s ambitious mission to build smart cities/homes has also accelerated home automation innovations in the country. According to a report by Research and Market, India’s home automation market is expected to cross INR 30,000 crore by 2022.

IoT has played a huge role in making home automation a reality and the future is very promising.