GST (Goods and Service Tax), Great Move but Prone to Some Basic Challenges 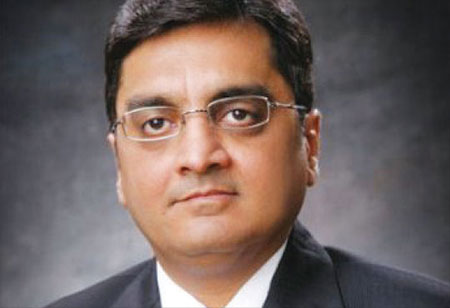 At the outset I want to thank the Government of the day and the previous Government for allowing the Goods and Services Tax Act (in short ‘GST’) to see light of the day after approvals from both houses of Parliament under Indian Federal system. This mother of all tax legislation in India will not only have a positive impact on the Indian business spectrum but also send a very healthy and positive signal to International community that the Indian Government is serious on economic development and legislative reforms and is not shying away in taking bold steps in streamlining the tax system
in India.

Government of the day is making steady progress in managing the legislative requisites for implementation of the GST in India and some of the major steps like draft GST model law, GSTN network, constitutional changes, notification on GST council so on and so forth have already been taken and closed.

In spite of above, still lot of critical steps remain to be taken by the Government to introduce the final Goods and Services Tax legislation in India. However, it seems that the Government is really moving on fast track to manage all issues for such implement of the GST in India by the beginning of next fiscal year.

The draft GST model law in out in public domain and is being analysed and deliberated by Industry and Government on regular basis. Government has received enormous inputs to draft GST model and very appreciatively open to all suggestion while perennial engagement with all stakeholders to iron out any issue in the draft model in the best interest of public at large.

While there are many issues which are of some serious concerns in the draft law but I would, however, like to specify some of them which are having direct impact in common parlance.

1. Seamless credit mechanism: Goods and Service tax has subsumed various Central and State indirect taxes like Central Excise Duty, Additional Duties of Customs (commonly known as CVD), Special Additional Duty of Customs (SAD), Service Tax, State VAT, Central Sales Tax, Entry Tax, Purchase Tax, etc. GST law will have three wings i.e. Central GST, State GST and Integrated GST. With this wide coverage of GST which is rightly so, it is expected that the seamless input credit mechanism must be allowed to the Industry without any bottleneck whatsoever. The biggest concern in not allowing the seamless credit mechanism to service recipient is that it is correlated with the GST compliance of procedures by service provider that too till last mile i.e. when the service provider render the services, deposit the GST as collected from service recipient with Government exchequer and file the valid GST return then the GST credit will be eligible for service recipient. To my mind this provision of credit allowability is bit unreasonable for eligible service recipient when in good faith he has already paid the GST to service provider for onward deposit with Government exchequer.

2. Ease of doing business: Government of day has received many accolades not only from Domestic industry but from International community for steep progress in “Ease of doing business” in India. With some bold and aggressive steps by the Government, may it relate to time span for company registration and name allotment and other company law changes, Regulatory approvals, Tax administration changes, etc., an overall business environment has been approved drastically. With such positivity in the system the concern and apprehension I have is pertaining to some provisions of draft GST model law i.e. periodical tax return filing, audit proceedings and litigation mechanism which may adversely affect the ‘ease of doing business’ policy of the Government. Presently under the service tax legislation only two annual return needs to be filed and if an entity is having state registrations then the respective VAT returns also needs to be filed on period intervals. Now, under the Model GST law an entity is supposed to file three tax return per month for each registration. If an entity is registered in 25 states then the annual tax return compliance for such entity is to file 925 tax return where as in the present regime it is mere 64 tax returns only. Such manifold increase in tax return compliance is having a serious issue on ‘ease of doing business’ policy.

Apart from above, the Central and State Government would also widely publicise the change in present Indirect tax regime with introduction GST regime to public at large by way to various means i.e. seminars and advertisement to make them aware of this important legislation with its procedural implementation aspects and adherence.

With this I wish the Central Government and State Governments for successful and seamless introduction of GST in Indian Indirect tax diaspora.