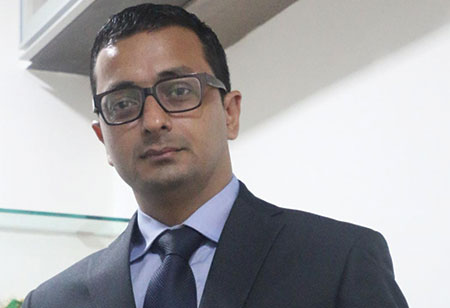 Intellectual Property (IP) is a general term for the set of intangible assets owned and legally protected by a company from outside use or implementation without consent. Stemming from its ability to provide a firm with competitive advantages, defining IP as an asset aims to provide it the same protective rights as physical property. Obtaining such protective rights is critical as it prevents replication by potential competitors—a serious threat in a web-based environment or the mobile technology sector, for example.

An organization that owns IP can realize value from it in several ways, namely through utilizing it internally—for its own processes or provision of goods and services to customers—or sharing it externally. The latter can be achieved through legal mechanisms such as royalty rights.

Changes in the global economic environment have influenced the development of business models where IP is a central element establishing value and potential growth. In addition to these systemic changes, international accounting practices place pressure on firms to recognize and value all identifiable intangible assets of a firm as part of a transaction (in a merger or acquisition, for example).As a result of these trends, proper valuation of IP, followed by measures to protect that value, have become a key element of the success and viability of a modern firm.

In looking at the needs for India’s next stage of growth, both industry and policy makers are focusing on strategies for fostering capacity for innovation. The link between innovation and competitiveness can be clearly demonstrated at a national level, and at a sub national level there is also a growing need for understanding the dynamics of innovation and to take requisite steps accordingly. With this in mind, a stable IPR regime is the foundation of a globally competitive nation, drawing in investments, etc. Ultimately, India will do well in the long term if it enables a robust IP ecosystem and protects the IP of its own companies. It will also provide a stable framework for multinational companies wanting to enter India. Yet there are some critical impediments, which have hampered prospects for broader acceptance of IPR norms, and if addressed may enable greater economic cooperation between countries.

At present, issues of piracy of films and software are being widely being debated in the government circle for enhanced IP protection. The National IPR policy, also, particularly, mentions the importance of protecting trade secrets in India. Currently, trade secrets, although a recognized form of IP, are not protected by legislature in India and they continue to be enforced contractually or under common law.

The protection and enforcement of trademarks and copyrights through court system in India is also worthy of mention. In addition, though India has not yet enacted statutory provisions to address cyber squatting, several cyber squatting cases in the nature of the common law action of passing off have recently been decided in which the Indian courts have been inclined to protect domain names from any actual or possible misuse, recognizing it as a valuable corporate asset that is more than a simple internet address and one which is entitled to the equal protection as a trademark.

On another important aspect, India has seen the beginning of the interface cases on intellectual property and competition law, very much similar to European countries and other developed nations. It therefore often becomes necessary to make an analysis of the jurisprudence in the EU as the EU. It is widely felt that the exhaustion of IP rights needs to be reiterated in domestic laws so that parallel import of technologies can take place without violating patent laws.

As India became a signatory to the TRIPS Agreement and accordingly introduced the Patent Amendment Act of 2005, process patents were out, and product patents began to be granted. Increasingly, foreign companies entered India through the joint venture route and have begun funding research for strengthening not just the Indian patent regime, but also providing societal benefits. Also, newer methods of financing the investment could help address the problem of recovering costs and undertaking research.

Thus, from our viewpoint, patenting or any other form of IPR protection helps create a level playing field and does lead to societal benefits now or in the future. The question should not be if patenting, or for that matter, any IPR is useful but rather how stringent should be the regime for a developing country like India at this juncture.