Gauging the Tech Readiness: Is India Ready for 5G by 2020? 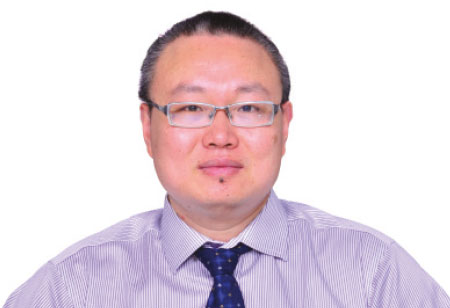 Around half a decade back, there were substantial apprehensions about digital adoption within India. The nation housed more than a seventh of the world’s population, but smartphone users in the country accounted for less than a fourth of its total population. Given the near non-existence of digital literacy outside of major urban centers, it was largely believed that Indian masses would take their fair share of time to get acquainted with digital technologies. Such perceptions dissolved into thin air during the 2016 demonetization drive.

During the economic overhaul, mobile-led digital technologies ensured that the economic machinery of the country kept on ticking, despite the sudden withdrawal of almost 86 percent of bank notes from circulation. The move was also phenomenal in terms of changing the widely-held perception that digital adoption was not necessary, and has since brought an increasing number of consumers across India under technology’s fold. But even as digital adoption continues to grow at a staggering pace and mobile-led technologies become increasingly commonplace, there are several challenges that need to be addressed to ensure that India remains at the forefront of the ongoing digital revolution.

While, the government’s push to move to 5G may be driven by the logic that India, one of the world’s largest markets for telecom services, should not be left behind when the world shifts to 5G but, 2020 is certainly too short a deadline for telcos. In fact, India’s 4G ecosystem is not even mature yet, the country has slowly started to adopt it and this clearly could be the reason of delay in rolling out 5G by the proposed deadline.

An extension of the deadline to 2022 will ease out the telcos who’re already under a lot of financial stress. For 5G to proliferate in India, operators need to overcome existing financial stress and revisit the existing business models.

Connecting a billion users: Where do the present-day networks’ capabilities stand?

The Indian smartphone market is going through a massive shift and is poised to grow exponentially. Having enjoyed high-speed internet connectivity on-the-go with 3G and 4G deployments, the promise of a more evolved and ever-connected world seems to be around the corner. The digital world takes quantum leaps with every new development that brings us closer to making 5G technology a tangible reality. Although the technology is in its nascent stages but it will soon make inroads into our daily lives.

However, to count on the challenges concerning roll out of 5G as per the proposed deadline, most Indian mobile network operators currently have limited 4G capabilities. But the increasing penetration of digital technologies means there’s going to be a significant rise in the number of devices, both smartphones and IoT-led (such as smart wearables, home assistants, etc.), that will require high-speed connectivity at all times. This is beyond the current capacity of most network infrastructures, which cannot extend connectivity to more than a limited number of devices per square meter.

Furthermore, the present day latency of networks is 50 milliseconds, which poses as a considerable challenge for multiple industry-specific use-cases. Driverless cars, for instance, use the network to communicate with their surrounding environment. A car travelling at the speed of 80 kilometers per hour would have traveled more than 11 meters before receiving the signal under current network specifications. The network latency also extends a slow loading experience in virtual reality headsets – leading to a broken, glitch-ridden, and highly-unsatisfying experience. The prevailing challenges with mobile connectivity, however, go much beyond these issues.

Riding the 5G wave: How it could address existing network challenges

Where 5G technology is surely to make a difference is that it holds capabilities to offer the perfect confluence of telecommunication technologies comprising mobile, fixed, optical, and satellites (via geostationary orbit and medium earth orbit) to boost the overall efficiency of the system. One of the most phenomenal changes that the technology intends to bring about is that it will increase the overall bandwidth per user and reduces network congestion. In the 5G network environment, the peak data rate can be increased to about 10 to 20 Gigabits per second – up from 1 Gigabit per second in the most advanced 4G networks of today. Moreover, the technology will further boost the number of devices that can be connected, increasing the device density to up to 100 devices per unit area.

Some of the other advantages of the emerging technology include better coverage through reduced outage probability, higher bitrates per unit area, lower infrastructure deployment costs, greater versatility and scalability, and higher system spectral efficiency. It will also decrease a device’s power consumption in receiving the network, which will further take commercial use-cases of connected devices beyond just smartphones. The network latency in 5G network conditions can, furthermore, be reduced to 1ms with the commercial rollout, whilst bringing down the cost of transmitting data packets to one-tenth of the costs associated with a 4G network.

But all of this will come at a cost. Considerable infrastructural spending will have to be done for additional deployments and on-ground service enhancements. The number of base stations and data throughput via a base station will also have to be increased. At present, a typical mobile network requires about 17 thousand base stations. With 5G coming to fore, this figure is expected to jump to over 100,000 base stations within a period of 3 to 5 years. Customer re-adoption will also need to be driven from scratch; the specific hardware requirements for 5G services means that it will not be available on devices enabled with the preceding technologies such as 4G, 3G, and 2G.

India’s undoubtedly picked up the pace in developing the underlying infrastructure for advanced technologies in line with ‘Digital India’ initiative of PM. While, India has rolled out its first IMT-Advanced services in 2016 – the largest 4G player is yet to give a word on operationalizing its 4G-Advanced services.

This time, however, the nation is displaying a strong resolve to match its rollout of 5G services in tandem with the more-developed economies. In addition to countering the prevailing market challenges, this will also firmly establish India’s global technological leadership, giving the nation the upper hand in 5G-related services and associated equipment manufacturing. Recently, Union Minister for Telecom, Rakesh Sinha, assured allotment of E (80 GHz) and V (60 GHz) bands to boost the data speed in light of increased data consumption. The government has, moreover, constituted a high-level panel for early rollout of 5G services in India and assigned a corpus of Rs. 500 crore to ensure the same.

India, finally, has embarked on a new journey that leads to a more evolved, tech-led future. The nation’s strong resolve at the policy level will not only help it emerge as a leader in terms of market, but also in terms of the underlying technology – offering its citizens the best of both worlds.