Gain Is Uncertain, But Expenses Fixed And Certain! 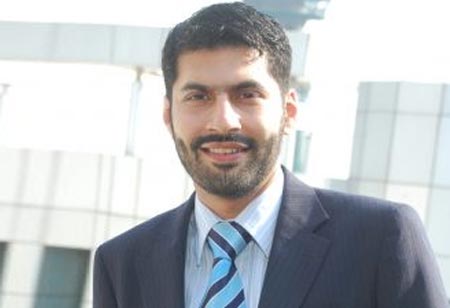 VITS was launched in 2006 by Vikram Kamat and is run by a team of efficient hospitality professionals. VITS hotels are present across Asia.

Things have become so expensive” said Chandrakant, my Executive Director who heads hotels and restaurants. As we planned for the coming years budgets and tried to grapple with the costs that have quite simply ballooned. All this while fundamentally business doesn’t seem to be stabilizing with all the disruptive changes in the economy.

Disruptive changes not because of innovation by some start up or competition, but rather disruption to the ultimate controller of the Economy i.e. the government.

And while we might we will always have things to complain and be upset, in business one of the key lesson I have learnt is the focus on always reducing costs. Because costs always seem to be rising. And everyone in the organization has multitude of reasons explanations and justifications of why we should be paying more, right from “Sir quality comes at a price” to “sir you know how much input costs have gone up in this area”.

Now i’m surely not one for compromise. Not at all. Rather im trying to highlight the importance of focusing on Wastage.

Gain may be temporary and uncertain; But expenses are Fixed and certain - Vikram Kamat

Everyday, there are countless areas where money is being lost, through wastage. Things that don’t give value to the either guest or the company. Its as I said sheer wastage. Switching of air conditioning etc in offices not in use is just one small example. Something that we now but we all need reminding. But think of the countless other areas that you can stop wastage.

“Disruptive changes not because of innovation by some start up or competition, but rather disruption to the ultimate controller of the Economy i.e. the government”

In the USA I know of Starbucks that saved thousands of dollars by simply tweaking their machines so as to stop the extra milk that would drip, from the cuppcino machine to stop dripping.

Or the case of United airlines, which stopped the olives wastage in the salads they were serving, to end up saving over 40000 USD.

We hire expensive consultants, who basically come with a fresh eye. With fresh perspective and in form of so called potential costs savings which are nothing but wastages which we had simply become used to!

Perhaps a simpler exercise would be to ensure that these hi-fi MBAs can be given a specific task force of department wise submitting a report directly to top management about which of the areas in each department can costs be saved and brought down by 15 percent. And then implement the top 3-5 ideas. Since they are freshers, they have no egss to grind, nor are accustomed to the working of the routine. Hence they can take a more objective call on what is being wasted.

Capex is the most abusive word today for most CFO’s. In this day and age of ‘Asset Light’ which is the fancy of all investors. All the more the focus on the wastages that may not be producing any value. I’m reminded of Benjamin Franklins quote.

Because keeping anything going profitably is always the main challenge (well unless your one of the new age so called startups or so called tech companies, who are apparently mandated to lose money!)

So if your not one of those startups and/or tech companies, then you Some need to manage that chimney. Focus on the wastages within the business big and small. of the areas that are commonly looked at nowadays is ‘Digitization’ and while i’m for digitization and so called paperless, both are not always a good thing. For many applications, Paper or low tech options are far better. Not only because of the other cost of digitization. I mean think of all the power consumption by the computers, servers and subsequent air-conditioning. How many phones and chargers and extra batteries do we need and carry. I have found it better to have areas like marketing materials and samples its always easier to browse in hard copy than going through vast number of files on the computer. Think of the cost of licenses and the cost of AMC being paid to each vendor. While im certainly not advocating to avoid or stop any of it. I feel that many areas costs can be reduced by focusing on whats really required.

Every so often I cross many buildings in BKC Mumbai while going for dinner and see whole host of buildings with their lights on. Only so that the house keeping guys can clean. As can be seen cleaning through the glass windows. But irrespective of which location they are working in the lights are on in the entire building including the glamorous conference rooms. Maybe while cleaning all that’s needed is 50 percent of the lights. That saved everyday for the entire building is direct profit and potential money that can be used elsewhere.

Simple things of wastage like this can be identified throughout the organization and must be done on a continuous basis. Just like deep breathing, wastage reduction is something we all know but we all need reminding constantly. Because like breathing in the hectic busy issues that keep attacking us we forget to find where we can stop wastage from happening. That benefits us all.