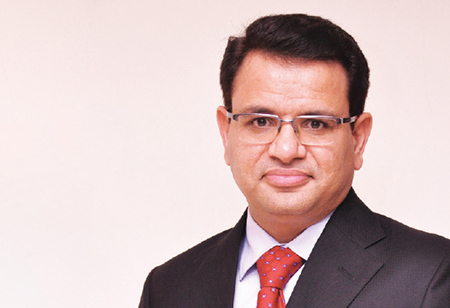 Climate change which is closely related to increased energy consumption is one of the major problems that the world is facing now. At the same time one can’t stop the growing demand for energy and its needs. Existing energy systems heavily depend on fossil fuels such as coal, gas and oil. On a long term perspective this is not only unsustainable but because of release of huge amounts of carbon dioxide and other greenhouse gasses, also cause global climate change. The energy segment is therefore seeking alternate sources in the form of renewable energy.

Growing level of integration of Renewable energy sources on to the main Grid and given their intermittent nature makes it imperative to bring in Energy Storage solutions (ESS) in Indian context. Grid stability becomes a major issue when there is substantial addition of energy through renewable sources, which are intermittent in nature. Energy Storage can play key role in grid stabilization through operations such as Frequency response, peak shaving and time shifting. Energy forecasting which could become a major requirement with increased level of Renewable can be made possible by having ESS in place. Apart from the large scale grid level storage systems, equal importance has to be given towards distributed storage systems at residential & micro grid level that can also bring energy independence to individual users. Another important segment where energy storage brings value is EV to building or EV to Grid. With aggressive plans across the world to introduce Electric Vehicles, this segment is going to clearly influence the Energy storage markets. Energy storage uses various methods to store excess energy to be used at a later time which in turn allows the energy providers to balance between the demand and supply. A number of devices and media are used to store energy, while their selection depends primarily on the source of energy and the intended use. There are lot competing technologies that are available to store the energy. However, it is important to choose a right solution for right application. Energy storage in this context is not just a back-up power source that is used only when grid is not available. Storage element is not going to be operated in floating applications as it is being used presently with the conventional storage technologies. However, Energy storage unit is subjected to a daily cycling when it is used in conjunction with renewable sources or Electric Vehicles. This brings a challenge of cyclic life for an energy storage unit. ESS shall have the capability to be used either as an Energy source for applications such as grid and also as power source for applications as in Electric Vehicle. In this context, we see Lithium ion battery clearly emerging as a favorable choice. Growing use of Lithium Battery in Electric vehicle is driving the demand worldwide and bringing its cost down. Benefits out of Electric Vehicle industry can be utilized for Grid scale storage also.

It is very important for the country to initiate few pilot projects, gain experience to deal with the grid scale storage systems. Though large scale storage systems are already installed and operational in countries like Germany, Japan we do not have any thing operational in India. While it is helpful to learn from what has been installed already elsewhere in the world, it is important to establish proof of concepts in India. This helps the industry to learn what challenges are there in Indian context and also frame regulations and policies around this segment. It has also been observed that distributed energy storage systems are already being considered for ancillary services, particularly as a Primary Control Reserve, in some countries like Germany. This gives an additional facility for individuals to participate in ancillary services. This needs a smart grid to be available, falling in line with the Government’s vision of creating smart cities. While there are handful of applications and numerous advantages with Energy Storage solutions, it is important for the authorities and industry to clearly define the use cases, frame guidelines and standards so that the segment can grow as an organized segment.