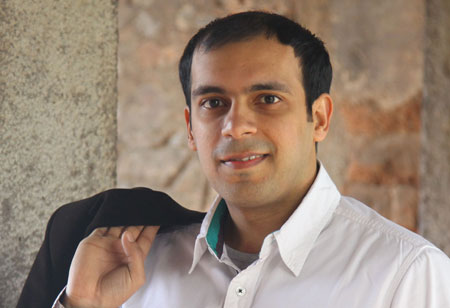 In last few years, internet as an advertising medium has seen rapid growth rate which is far higher than other advertising mediums and it now occupies a share of more than 25 percent of the global ad spend. An average annual growth of 15 percent is being forecasted in the online advertising expenditure globally from 2014 to 2017. Display advertising, which includes traditional display such as banners, online video & social media is the fastest growing sub-category with 18 percent annual growth forecast to 2017. Within display advertising, online video is growing faster than any other digital sub-category.Paid search is slated to move at an average rate of 12 percent a year to 2017. This increase can be attributed to the continuously evolving and innovative advertising tactics being adopted to wow the audience.

Mobile advertising has been a relatively new entrant as a digital sub-category, but has established itself as a mainstream advertising product in no time and is now growing nine times faster than desktop internet. With a forecasted average growth rate of 42.2 percent a year from 2014 to 2017, Mobile advertising is expected to sweep the majority slice of the increase in total global ad spends.  As per forecasts mobile would contribute 70 percent of all the extra ad spend between 2014 and 2017.

India is rapidly warming up to the digital age as well with consumers moving online as digital transformation commences. As per IAMAI’s report in November’15, the number of internet users in India is expected to cross 400 MN mark as we enter 2016.While internet in India took more than a decade to move from 10 million to 100 million and 3 years from 100 to 200 million, it took only a year to move from 300 to 400 million users. Most importantly, more than 300 million of these will access internet from their mobile devices.This number is expected to further surge to 462 million by June this year as more people come online, especially through their mobile devices.This is propelling the advertisers in India to tap internet as a medium to reach the masses.

In terms of the industries spending the most on digital channels, E-commerce continues to lead the way followed by Telecom and FMCG & CPG.With such trends, share of internet advertising in India is expected to grow from 8.5 percent in 2015 to 10.6 percent in 2017.

The growth in mobile usage is led by the increase in mobile app usage which has outpaced the global growth rate with a growth of 131 percent. On an average a typical Indian smartphone user spends close to 3 hours per day on their device.The rise and rise of mobile usage has opened up a plethora of advertising avenues, ranging from preload deals, ad-networks, programmatic buying, native advertising and referral for acquisition to deep-linking, re-targeting, push notifications and in-app alerts for re-engagement.

At the same time, content marketing has provided a creative canvas to digital marketing moving away from the general perception of it being just a performance marketing channel to one which builds brands as well. With technologies like 4G, it is possible for consumers to stream high quality videos as per their convenience. The Millennial age group which is the most active shopping audience and forms the core target group for a large number of brands in the country, currently constitutes 76 percent of the total users who consume online videos on their smartphones.Adding on to it, 50 percent of the consumers watch online videos with duration more than 5 minutes.

Leading brands are already taking cognizance of this and have started to move beyond the boundaries of offline media to create a niche for themselves through intelligentand targeted content marketing techniques.This format allows marketers to create longer duration content for storytelling; however, engaging the audience in first 5 seconds is the key. New features like 360 degree videos, carousel video ads, app install extensions are being launched by Facebook and YouTube to drive engagement and action from the target audience. These social media channels help to make the content viral and expand the reach organically in shorter time duration.These advertising mediums rely to a large extent on Data Analytics which forms the backbone of the entire digital advertising eco-system and helps to have a microscopic understanding of the consumer patterns to better target the audience set.

Analytics provides the ability to measure app installs, cohort analysis, conversion funnels, customer lifetime value modelling, identify the customer affinity to a certain genre of apps and content. This information is like a gold mine to an advertiser who can further personalize the communication to reach the right set of consumers to create the maximum impact.Fast paced evolution of digital ad technology &analytics would continue playing a key role in establishing digital marketing as extremely strategic and central for business of all kinds and sizes.