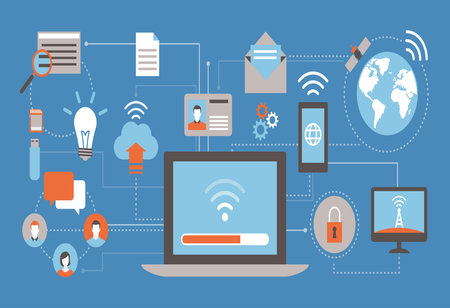 The government of India launched its flagship program `Digital India' in 2015 to improve digital literacy and efficiency across the country. It is also driving a push towards a `cashless economy' by cajoling citizens, companies and government agencies to avail the advantages of instant money transfers. Reserve Bank of India (RBI) data from last year shows that UPI volumes surged five-fold to around 150 million transactions and the value of transactions increased three-fold to Rs 15,540 crore. However, this digital push has also awakened fears over the vulnerability of data in many sectors, and the visa industry is no different. Criminals and hackers now have more opportunities to track consumer data for illicit usage. Certainly, it's a growing concern for the entire nation.

The e-Visa scheme, launched in 2014, which is aligned with the Digital India initiative, is now accessible to nationals of 163 countries for entry into India through 25 international airports and five seaports. The visa industry, apart from garnering biometric data, thus, needs a robust verification system to ensure the security and protection of personal information of the applicants. The EU's General Data Protection Regulation (GDPR), which came into effect on May 25, 2018, now mandates all companies that deal with EU citizen data even if located outside the EU, would be penalized in the event of a security breach.

Thanks to digitalization it is easier to obtain e-Visas, saving tourists the hassles of negotiating the complexities of conventional processes. They can now fill up forms and pay the visa fee online. Adding to it are e-tourist, e-business and e-medical visas, which were recently introduced in 2017 by Indian missions abroad to help travellers obtain visas through a few simple steps. This initiative resulted in a surge in the foreign tourist arrivals in India ­ from last year's 2.78 million (January-March 2017) to 3.13 million during the same period this year. The government has also expanded the visa category by adding new entries such as film visa and intern visa, among others.

Although the e-Visa trend for an Indian-outbound traveller is in its infancy, it is poised to grow rapidly in the coming years. Today, only a few countries provide e-Visa to Indian passport holders; however, some countries also provide visa on arrival. Then there are countries like Singapore that follow a stringent process. In Singapore, applicants compulsorily need to get their e-Visas processed through authorized travel agencies appointed by the respective consular missions.

The recently launched e-Foreigner Regional Registration Office (e-FERRO) scheme is a great success. It has eliminated the need for physical office visits by foreigners touring India unless they are called specifically. They can now get various visa and immigration-related services online. It has given a tremendous boost to the Indian tourism sector. With all these changes, the visa industry and visa providers need to embrace technology and, accordingly, transfer the benefits to the visa seekers. Transition to digital processes is paramount for the industry, but with a securing mechanism that ensures data security for all, across all platforms. Modern tools like AI, Big Data, machine learning, IoT etc. will play a key role in bringing safety and convenience to consumers and the government must tap these opportunities.

The visa industry must give utmost priority to data security and strive to prevent any kind of breach. Visa providers must build a system that gives travellers better control over their personal data. They must raise the existing security levels including strong security audits, password controls and encryption of data. There is a need for restructuring and innovation in the existing systems and companies must  do it quickly.

To make it happen, IT companies will play a much greater role than anybody else. They must set-up a compliance framework that not only protects consumer data but also deletes it when the work is done. It's important for them to start adapting to the newer processes and rework on their age-old technologies and record-keeping systems. I believe all the sectors will have to train their IT teams so that they can quickly adopt these modern technologies; after all, they are the drivers to bring technological revolution in the visa industry.

We need to understand that on one hand data is the solution, and on the other hand, it's the problem as well. We garner consumer data to understand consumer insights in order to improve our offerings; but again, this is further creating challenges like data breach and security. In this case, we need to equip our ecosystem in such a way that shields it from frauds.

Transparency and accountability of customer data must be given prime focus. It's time that the government brings in a new arsenal of talented individuals who are adept at innovating operations with the help of technological advancements, facilitating strong data governance and data protection. The legal processes need an immediate relook to ensure data protection to travellers and offer them personalized travelling experiences without any data breach.