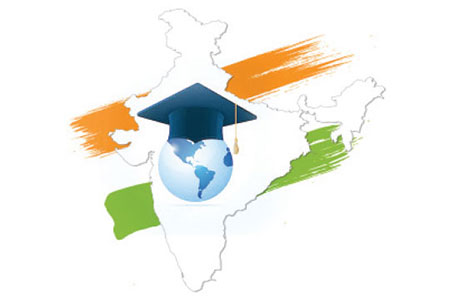 For over three generations, Indians have been fixated on the idea of furthering their academic prowess in America. According to an annual report on international students released jointly by the Institute of International Education and the U.S. Department of State, the number of Indians studying in America rose by 29.4 percent in the academic year starting fall 2014 as compared with the previous year. This is hardly surprising considering the fact that American Universities constantly feature in the list of the world’s highest ranked educational institutes.

While studying in America proves to be a well-rounded experience in terms of academic quality, it also gives students an international exposure as they interact with people of different nationalities from various cultural backgrounds. However, gaining entry to the United States is certainly no cake walk.

Though the F-1 visa required for Indian students seeking education opportunities in the United States is the most common type visa, it has its limitations. Few are aware of the EB-5 visa program that is not only the fastest way to gaining permanent residency in the United States but also presents the opportunity to save thousands of dollars in tuition and fees.

Created by the United States Congress in 1990, the EB-5 visa program is administered by the United States Citizenship and Immigration Services (USCIS). It was introduced with an aim to stimulate the American economy through job creation and capital investment. In 1992, the U.S. Congress created the Immigrant Investor Program, also known as the Regional Centre Program. These investments allow for a less restrictive job creation requirement based upon the creation of “indirect” and “induced” jobs. This basically throws open doors for Indians who seek to get US Green Cards for themselves and their families in only 12 - 14 months by making a minimum investment of $500,000.

The F-1 student visa allows for foreign students to enter the United States as full-time students to earn a world-class education, travel in and out of the United States during the course of their studies and stay in America during the time. It also allows for the student’s family, spouse, and dependents to accompany him/her if they file and are approved for F-2 status. However the F-1 student visa has its limitations including that an undergraduate student cannot work off-campus. Students are also required to leave America immediately after completing their studies and in some cases, their optional practical training. Also, their dependents are not allowed to work on the F-2 visa.

However, through the EB-5 Program, investors can obtain the coveted Permanent Residency or Green Cards, after which, his/her children can save thousands of dollars a year in tuition and fees at any state colleges or university which are otherwise applicable to U.S. residents only. Furthermore, investors enjoy the freedom to live and work anywhere in the U.S. They also do not require visa sponsors nor do they need the H-1B work visa otherwise required for employment. The EB-5 Program also offers security in the event of a political change/significant event in the investor’s home country, as he/she and family can immediately gain entry to the U.S. without delay.

In today’s booming technological age, America’s restrictive visa and immigration rules are proving to be quite a constraint on highly-qualified Indians trying to acquire jobs in companies like Google and Facebook. Even though these intellectually inclined geniuses are considered to be the lifeline of Silicon Valley, situations arise where they are not permitted to work in the same office as their colleagues and thus have to communicate and participate in board meetings over video conferencing from miles away. The EB-5 Program can prove to be instrumental in ironing out these hindrances, thus playing a significant role in the advancement of technology and betterment of life on the whole.