Do We Deserve Polluted Air and Contaminated Water? 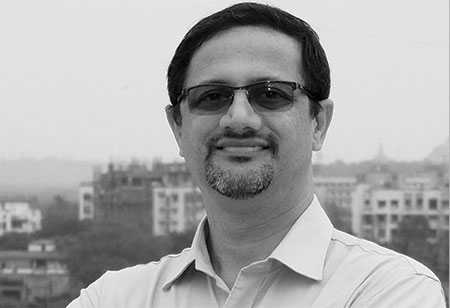 A fundamental principle of pollution control is ‘Polluter Pays’. The polluter pays principle is one of the oldest principles of environmental law, making the ‘polluter’ pay for the wrongs resulting from his/ her actions. Inevitably, we all pay in cash (medical expenses) or in kind (loss of productivity) for the polluted air we breathe and contaminated water we consume or use. We have to pay this price because the municipal solid waste and domestic sewage generated from basic consumption of our huge population makes all humans by far the largest polluters anywhere in the country. Additionally, management of sewage treatment and municipal solid waste in India is nowhere near the world standards on urban infrastructure.

Today, India’s economy is growing at a reasonable rate and we have substantial contribution from the services and IT sectors. The growth of the manufacturing sector is significantly contributed by dirty industries such as textile dyeing, leather tanning and metal plating which were ousted from the developed world due to pollution. All these sectors are predominantly SMEs as they were in the reserved list of SMEs till just over a decade ago. Growth of large scale organised sectors as well as high tech IT and electronics manufacturing is relatively less. Moreover, air or water pollution from the organised sector’s large factories is easy to trace as it is a point source of pollution. Given the large size of investment, organised sector industries, by choice or otherwise, do invest in pollution control equipment and contain their pollution to a level that is not noticed by the regulators or the community. However, once in a while when this fine balance is disturbed, there is an incidence of gas leak, fish kill or discharge of air pollutants. Yet, point sources of pollution such as a chimney of a power plant or marine outfall of a refinery are easy to monitor on continuous basis.

The criticality of industrial pollution is from the small and medium industries discharging small packets of pollutants spread over larger geographic areas. Thus these SME industries become dispersed sources of pollution, making it difficult to monitor and pinpoint the culprit. The concept of Common Effluent Treatment Plants (CETP)was introduced a few years ago so that the cost of pollution control could be divided among several members. However, since operation of CETPs is managed by the owners of member industries, CETPs became mere channels to externalise responsibility of pollution control from SMEs to CETPs. In some cases, the combined effluent of all industries discharged under-treated from the CETP was more harmful to the environment than the dispersed discharges from the individual industries.

Currently, industry and businesses can afford to neglect their responsibility towards environmental and social aspects including pollution, due to lack of traction from two important sectors: The first being lenders and investors and the second - insurance companies.

Environmental, social and governance (ESG) due diligence is not part of the appraisal process of Indian financial institutions baring very few exceptions. Nationalised banks, being big daddies of lending, unless they vehemently insist on such scrutiny, any initiative by private financial institutions would not force businesses to be more responsible. As every business has to have a chartered accountant or a company secretary, and now energy managers in some cases, are still not mandated to have chartered environmental managers.

The lack of linkage between the insurance premiums of any industrial or commercial establishment with its potential to pollute is another disincentive for industries and businesses. The insurance industry does not consider non-compliance to pollution laws or third party damage as a risk because of poor enforcement of the regulation, and belief among the business managers that both environmental enforcement agencies as well as risk assessor of the insurance company could be ‘managed’.

People, who are ultimately bearing the cost of pollution by way of slow poisoning, poor health (and hence higher medical & health insurance cost), loss of productivity, loss of pay, etc., hardly get agitated by pollution. The National Green Tribunal (NGT) could be a hope if the government does not clip its wings under pressure from mighty lobbying from the businesses. Therefore, unless the people of India demand a pollution free environment, unless people stop tolerating gross abuse of enforcement of environmental law, and unless people refuse to bear the cost of pollution, they deserve polluted air and contaminated water!!