Digital Transformation in the Hospitality Industry 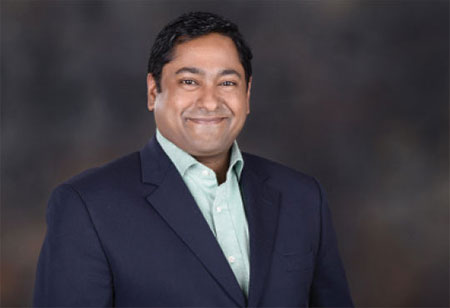 The onset of the digital revolution has significantly altered the manner in which we conduct our day-to-day activities. It has redefined our world, not only shaping the way we communicate and experience brands and organizations, but it has also led to the emergence of new business models, elevated the standards of consumer experience, and heightened the efficiency of operations.

According to the U.S. Travel Association, U.S. residents made 452 million business trips in 2013. That’s almost 1.2 million trips daily. This means that their interactions during travel spanned across various sectors such as airlines, hotels, transportation, communication and food.

India is no different, According to Welf Ebeling, GBTA vice president, operations, Asia, “The second fastest growth market in Asia is India which equally to China showed a 16 per cent growth in the first decade of this century. Over the last 15 years, India has worked its way up the rankings of major global business travel markets from number 24 in 2000 to the world’s 10th ranked market in 2013.”

And it was during my trip to the UK some time ago, when I noticed this very apparent digital sweep across the hospitality Industry.

At the Hilton, where I was staying, I noticed most of the front desk staff wearing badges that read, “I Love Digital.” This piqued my curiosity, and on speaking to the manager, I discovered that Hilton had taken digital to its grassroots, trying to redefine their guest experience.

For example, if you are a Hilton Honors Club member, and use the Hilton App, you are privy to certain benefits, like the option to select the room of your choice (much like how you would choose your seat on an airline), and reserve it in advance. This can be quite useful for a person like me who can be quite specific and particular about the room number. Some hotels also provide an app that can open the door to a room without having to go through the front desk.

Similarly a friend, who was visiting Bangalore and stayed at the same hotel as before, received the same room number. What is more that the hotel left her a note stating welcome back to your room. On top of that she was also assigned the same driver as last time, this added touch was only possible because of leveraging digital.

Back to my stay, on leaving the hotel I needed a cab, but instead of hailing a regular taxi, I instinctively turned to the Uber app on my smartphone and found a number of vehicles I could summon. It’s a refreshing change, considering that earlier I had to request the hotel call a taxi, wondering if they accept payment by card. No such issues with Uber of course, the transaction is completely cashless. Considering that most companies urge their customers to pay by card, this system works very well for corporate travelers. Not to mention it is much less expensive than traditional taxis. On a round trip to a convention center in Manchester, I found Uber nearly 50 percent less expensive than the Austin Taxi service at Manchester Central. So, while the company may not own its own cabs, it has still managed to create a new business model in the transportation industry, purely driven by the increased digital awareness among people.

The digital spin is leaving its footprints in the food industry as well. According to a survey conducted by Virgin Airlines, almost 81 percent of their business travelers at airports focus on dining. And restaurants across airports have been leveraging this digital edge—not only to enhance the customer dining experience, but also to increase staff efficiency—by way of touchscreen interfaces to order food and card readers for immediate billing. I was most impressed by the self-service checkout kiosks at the W. H. Smith outlet at Heathrow. That was very efficient. It significantly reduced the order delivery duration, and the staff was assigned critical duties, such as customer service and sales.Naturally, I couldn’t help but compare the place to an outlet like Boots that still has the manual billing system.

I see that Digital is driving the next paradigm of growth in the travel and hospitality sector. So it was interesting to note that when I visited Chennai last time from Bangalore, I took advantage of the newly revamped services on the Shatabdi train. I was able to book online and then also had the luxury of choosing my own seat. Most of my meals were also booked online and this way I had cashless travel.

In these days where we have been suddenly hit by demonetization, digital I feel is a driver and a solution. India has seen unprecedented growth in mobile commerce, digital technology and in proliferation of smart phone. Going forward it would be interesting to see the new business models brought forward by startups and entrepreneurs in India.