Digital Commerce - Learnings from the Past and Guidelines for the Future 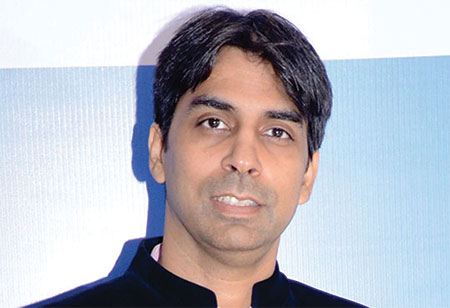 Today the unprecedented growth of digital commerce in India is being driven more by large discounts, reach of technology where traditional retail cannot reach and growing tech savvy consumers rather than properly planned and executed innovative ideas by seasoned entrepreneurs. With an internet user base of over 500 million, the penetration of eCommerce and mCommerce in India is still lower as compared to foreign markets, mostly China, US and UK, but is increasing at a pace that’s a first for the market.

eTailing India that closely tracks the industry recently revised its estimation for the size of the eCommerce and mCommerce market in India to $120 Billion by 2020. India is adding 3 internet users every second and is already the second-largest internet market globally in terms of users, according to the report dated February 2016. However, global macro-economic slowdown and high cash burn rates for all major eCommerce leaders in India is affecting the flow of Venture Capitalists-led money into India, thereby lowering valuations and leaving many scrambling to find buyers.

I’ve seen this before, the sudden sky-rocketing valuations of many eCommerce entrants, and then when their worlds come crashing down on them with another round of valuation, after which they’re left with no choice but to look for a buyer or raise money at lower valuations.

There’s no denying the fact that the Indian eCommerce market is the hottest on the planet and investments have been flowing in at neck breaking pace. What can also not be overlooked is that most of the entities attracting foreign investments are essentially ‘marketplace’ models. But for the first time in India, the government has actually defined a ‘marketplace’ model. It’s important to note that as per their norms, the marketplace is merely a facilitator between the buyer and the seller. And not much to our surprise, as per the latest government norms, only marketplaces can qualify for a 100 percent Foreign Direct Investment, that too with some conditions.

The first condition forbids marketplaces from offering discounts on their own, and that alone is enough to throw many marketplaces off the road, as discounts have been one of the key hooks for attracting customers, even for the market leaders. And the second condition adds to their horror, since now no single seller can contribute more than 25 percent of the total sales of that marketplace, which lays another condition for the marketplace to broaden their seller base. Also, any eCommerce player with an inventory-based model does not qualify for FDI anymore.

This comes as a sigh of relief for Brick-and-Mortar retailers, who had been struggling against the inventory-based marketplaces for quite some time now. It will now be the turn of the eCommerce giants, who’re already under pressure from investors to show a path to sustainable profitability, to figure out ways to handle this latest problem. Many of them who have a mix of marketplace and inventory models – will need to figure out what their strategy and structure will be. The discounts, however, may continue to exist with varied nomenclature in many cases.

Hence the learning, what was supposed to be the “prime business model” for Indian eCommerce giants will now need to go through a paradigm shift. What will be rather interesting to watch-out for is the big players’ strategy to lure the investors to invest more money where past strategy is no more applicable. With this new twist in sight, the companies are in for another reality-check; some have had the ground pulled from beneath them when investor banks lowered their valuations on their books.

What is it that we’re going wrong with? What are the factors we’ve long known but have been ignoring at our convenience, thus leading well-established firms to disasters? First and foremost  we all need to stop defining success of the businesses solely based on the GMV, size or valuation of the last financing round; and start judging success by the team (past experiences and core strengths), business viability, margins, cash flows, quality of the product, uniqueness or ‘coolness’, customer loyalty, and many more such factors.

Teams with experience in digital commerce are either not available in the market or are being brought in too late. Companies need to invest in hiring teams with relevant experience and/or augment lack of in-house skills with third parties.

Another learning will be that no matter how highly we talk of ‘innovation’, the current success metrics always throw the former off the hook. Indian startups are more often than not criticized for imitating western giants, but the apparent success metrics and country-wide acceptance directs them to carry on anyway. Without innovation, may it be technological, service or product; companies will struggle to gain long term customer loyalty. In China, Alibaba (and its several other companies) steer far from globally accepted User Experience practices to provide innovative ‘Typical Chinese Market’ like experience to the user (lots of flashing images, sounds, etc) on their sites. This strategy has contributed a great deal to their success to quickly becoming a leader.

Talking of future possibilities, internet and smartphone penetration is increasing; India leads in digital social consumption (youtube, facebook, linkedin, etc); digital savvy youth are increasing; average Indian is turning into a consumer not just a producer; transportation infrastructure is improving considerably. All this coupled with challenges faced by brick and mortar retail (real estate) will continue to provide a huge boost to digital commerce. All companies need to do, is change their mindset to be successful.