Curbing Piracy in the Digital Era – A Continuous Battle 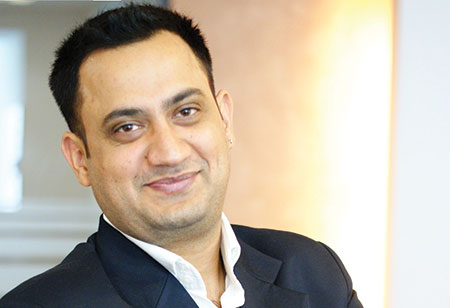 The Indian media and entertainment industry is expected to grow at a CAGR of 14.3 percent to touch Rs. 2.26 trillion by 2020. This industry is truly a success story. At the core of this industry lies the creativity which is the fulcrum of content production. Piracy, however, remains one of the biggest problems that this industry continues to battle with. It is estimated that the Indian broadcasting and film industry is losing several tens of millions of dollars in piracy.

The legal measures that are taken to curb piracy can be broadly categorised as ‘pre-emptive/proactive’ measures and ‘reactive measures’. The pre-emptive legal measures, as against the reactive measures, have increasingly over the last decade become popular amongst the rights holders to protect their rights. These measures include John Doe orders, website blocking suits and sending notices under the DMCA. Particularly Indian jurisprudence has developed a great deal for John Doe and website blocking orders in the recent years. John Doe orders are routinely given by the High Courts. While there may be a variance in the degree of test applied by the various Judges in granting the John Doe orders, it is safe to say that this relief is mostly available for the rights holders in the Indian courts provided the rights holders are able to prove the ‘impending inevitable harm’ to the Court.

From 2014, the website blocking actions have gained momentum after the Delhi High Court in a landmark judgment blocked access of 218 rogue and pirated websites on a suit brought by Sony Pictures Networks Private Limited for impending digital piracy threat during the FIFA World Cup 2014. After this seminal development in Indian jurisprudence on website blocking orders, a number of similar orders have been passed by various High Courts to protect the valuable rights of the rights holders. However, there were bottlenecks in the enforcement of these orders and the industry initially witnessed resistance from ISPs because of their vested interests.

Before the Indian courts realised the need to issue website blocking orders, the John Doe orders would be given to block URLs, which was practically of no use. URLs can be changed in a matter of seconds to publish the very same infringing content. The DB of Delhi High Court applied the test of proportionality and concluded that the lesser measure to block the URL would not suffice where the offending activity by the rogue website was to carrying on hardly any lawful business and in its entirety or to a large extent, piracy was being resorted to.

On the contrary the “reactive legal measures”, which include mainly infringement suits for damages (civil action) and criminal actions, are considered by most of the relief seekers in general as impediment to effective justice. Some of the glaring things that I believe have contributed to this dismal state on the civil side of legal recourse are: (a) significant delays in fructification of copyright infringement suits; (b) punitive and statutory damages are a far cry in copyright infringement cases; (c) law of tort continues to remain underdeveloped; (d) compensatory damages are not awarded in proportion to the loss suffered by the rights holders; and (e) Judges below High Courts are not well versed with nuances of IPR.

On the criminal side, save for police departments of metropolitan cities, the police in general is not sensitised that content theft is a crime. Perhaps now is the time that Government must think of creating a special police cell, like EOW (Economic Offences Wing), which is empowered to deal with crimes like piracy. In the digital era, content can be made available from anywhere throughout the world using a website and app. There are two predicaments for the rights holders to curb piracy outside India: (a) initiate cross-border litigation which can be expensive and therefore requires ‘cost versus benefit’ analysis. There is no tool which is developed which can accurately indicate the benefit (in terms of increase in views and ad revenues) if a pirated platform (or even for that matter of fact a cluster of pirated platforms) were to shut down owing to successful litigations; and (b) even where a rights holder decides to engage in cross border litigation, jurisdictions like Tanzania, Pakistan, Uzbekistan etc. have weak IP laws and therefore the enforcement mechanism is likely to be thwarted.

Piracy of any content type invariably emanates from the platform where such content is first made available for exploitation. For example, the first window for exploitation of movies is theatres. Someone illegally records a movie at a theatre the production cost of which is in several crores and passes it on to organised pirates for a paltry amount. To curb this piracy, an amendment to the Indian Cinematograph Act is proposed (commonly known as ‘anti-camcording legislation’).

It is not that the industry is not doing anything about piracy and not fighting legal battles where possible. It is however the nuanced nature of piracy coupled with investment of intellect and resources by organised pirates to reverse engineer the technological advancements which has made piracy like a weed that grows alongside cash rich crop. If you don’t remove it, it will affect the crop. Piracy has become a continuous battle which is fought on a daily basis.