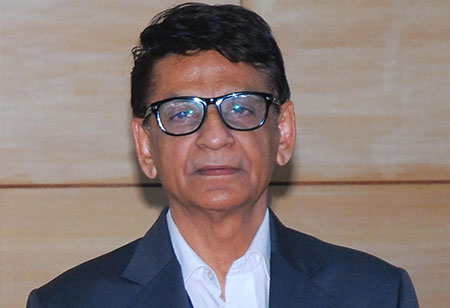 The role of a consultant is to help & guide organizations solve their own problems (by making them recognize their blocks), as only they are in the best position to do so. This is by the virtue of the experience they have in their own field. The wealth of the information/knowledge purely lies in their past failures. Moreover, as two different problems cannot match exactly   a consultant should not adopt ‘copy-paste’ solutions. The organization needs to apprise the consultant of the problems they are facing. The consultant being an outsider and experienced in solving similar problems, then analyses the problem with an unbiased and flexible mind by gathering all the information from the client, assesses the current scenario, applies his know-how and achieves desired results.

I would like to mention some cases pertaining to problems with equipment design, manufacturing and commissioning for the oil-&-gas sector.

In one of the cases the consultant provided data sheet based on the data obtained from the licensor. This is where the problem starts as no two projects can be exactly same; deviations are bound to be there. The operating /process variables are too many and cannot be confined /restricted. The climatic conditions could be different depending on the location, the fluids may have different dirt coefficient, and type of dirt may be clayey or granular and so on. All this will make a substantial difference in the performance of the heat exchanger due to variations in pressure drops and other heat transfer properties.

What then is the best way out?

One more real-life example is the failure of a high-high Screw Plug (Breech lock) exchanger designed for differential pressure, after the online hydro test done at the refinery site in the presence of the consultants. They tried to correct it by over tightening the studs and thereby damaged the shell to tube-sheet gasket surface. They claimed to have done everything right and the failure was attributed to faulty design and defective fabrication. This resulted in rejection of the equipment which in turn resulted in major delay in the startup of the plant. This happened despite the fact that the said equipment was manufactured under the witness of the consultant throughout the manufacturing cycle from design to hydro testing.

What then went wrong?

When the exchanger was dismantled, at the manufacturing premises, it was noticed that the gasket had slipped from its position and while tightening the studs the spiral-wound gasket was ruptured thereby damaging the gasket face.

How did all this happen? Why did the gasket slip?

On doing further interrogation of consultant engineers in the presence of the client it was found that the consultant had made an error. Despite the fact that the pressures on the tube side and the shell side were raised simultaneously so as to maintain correct differential pressures for which the equipment was designed for and successfully hydro tested in the loop (circuit). But the exchanger leaked profusely from the same joint when put in the service.

The reason was very simple, though the build-up of pressure was done simultaneously on both shell and tube side gradually to maintain the differential levels, the release of pressure was done in one stroke by opening the valves in the entire line on both the shell and tube side to drain out the water. This resulted in a large pressure gap between the shell side and the tube side of the loop. This pressure on the tube-sheet from the shell side was much more than the desired differential pressure load the joint was designed for. This triggered the shifting of tube sheet and loosening of joint which caused the gasket to slip. However, as this joint is internal and was not visible in a High-High Screw Plug (Breech Lock) exchanger, the gasket having slipped therefore was not apparent and so the excessive tightening of bolts was done at the site to arrest the leakage which in the end damaged the gasket face.

These examples clearly show that the answers lie with experience of the manufacturer. The right approach for the consultant would be to deliberate along with the manufacturer. Manufacturing is not just fabrication; it covers every aspect of the product (in this case a Heat Transfer Equipment).

There are millions of such examples in every field which substantiates the fact that the secret behind effective consultancy is leveraging the wealth of an organization’s knowledge & experience (covering successes to failures) along with the consultant’s own expertise.