Clean Energy and its Role in Rural India 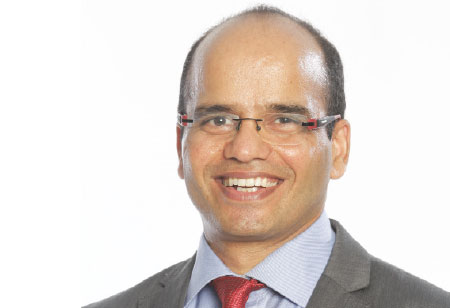 Rural electrification seems to have slowed in the last two years as per the Ministry of Power, even though India continues to have the largest energy access deficit in the world, according to the World Bank. Electrification of India’s vast rural areas can be expedited if a greater role for renewable energy sources such as wind, solar, micro-hydel, biomass and waste are accorded, thereby lowering the dependence on central and local grids.

At present, issues related to reliability and quality of power supply and high connectivity costs deter rural households from connecting to the grid. Rural growth can only be sustained and promoted if energy requirements are fulfilled – ideally by generating power close to the source of consumption. This is highly possible through micro-grid renewable energy projects.

Renewable energy to shape up rural growth: As of now, renewable energy accounts for just 15percent or 46.4 GW of the total installed capacity, according to the Central Electricity Authority (CEA). Of this, wind power is the major contributor with 61percent share, solar with 19percent, biomass at 11percent and small hydro power (SHP) at 9percent. However, by 2027, non-fossil fuels would account for 56percent of the installed capacity (source: National Electricity Plan-3, 2016), reducing the need for additional coal fired capacity. Much of this increment would come from rural areas where renewable energy projects are likely to be speeded up.

Let us look at some of these avenues from a practical and functional perspective.

Many of them are linked to mini-grids that can supply single phase 220 Volt (AC) power to at least 45 households. Most of the solar plants are located near consumption sources hence save much more in terms of transmission and distribution costs.

Policy, infrastructure build-up: India has initiated several ambitious projects to reach its goal of “power to all by 2019”. A National Smart Grid mission is being set up to improve efficiency in transmission and distribution. Besides a mega green energy corridor project will be rolled out for the evacuation of surplus energy from rural and semi-urban sources. The move to extend the national grid and scale up decentralized distributed generation models based on renewable energy must be calibrated.

Incentives are key for success: Though the idea of rural electrification, driven by decentralised renewable energy (DRE), had always excited planners, the effective implementation was often vexatious. One major hurdle was the financial viability – high upfront costs of installation, operation and maintenance – that led to higher power tariff for end-users.

The government and larger stakeholders must incentivise or even fund larger DRE initiatives for the rural community. The bias towards grid extension as the preferred mode of electrification must be relooked at. Higher investments at present would pay off in the long run through greater socio-economic benefits (such as women empowerment, etc) as rural areas become energy independent.

According to a working paper published in May 2017 by International Renewable Energy Agency, annual costs and savings of renewable energy in India is expected to be twelve times higher than the costs in 2030. This would be the result of reduced costs from fossil fuel externalities related to air pollution and climate change related savings due to renewable energy.

In due course, India has a larger global obligation to meet by lowering the emissions to GDP ratio by 33-35percent by 2030, and generating at least 40percent of the cumulative power from non-fossil based energy sources under the UN framework on climate change. Thus, a greater role for sustainable energy sources in electrifying India’s remotest parts would be a win-win situation for complying with this mandate, mitigating the impact of rising fossil-fuel costs on the economy and correcting the national energy mix.