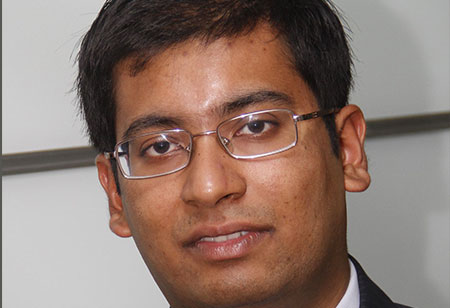 While the global economy has been facing diverse macro risks, India has emerged as a clear pocket of exuberance for allocation of assets. The robust exit activity in 2015 has trimmed the overhang that has existed for a while now. This included several successful IPOs by private equity- backed companies. Despite the superficial skepticism regarding the numerous changes being brought about by the government, it is essential to recognize that the government has undertaken several structural reforms from the perspective of ease of doing business in India. There have been several relaxations to Indian tax and regulatory framework that are expected to add to the positive momentum.

For years, Mauritius has been the primary route for foreign investors investing in India. More recently, Singapore has also emerged in a big way. Following extensive negotiations between India and Mauritius, the India-Mauritius tax treaty has now been amended via an inter-governmental Protocol signed on May 10, 2016. The amendments have significant implications for foreign investors investing in India for both existing investment structures and those that are planned going forward.

This article seeks to cover the aforementioned changes and analyze the impact that they may have on the Indian markets.

Effect of the Changes Brought About by the Protocol:

The Protocol was the outcome of negotiations that had stretched for more than a decade. While the headlines have been reserved for the change in the right to tax capital gains arising out of sale of equity shares, an equally important development has been the reduction in the interest rates for Mauritius based lenders.

The amended position in respect of interest income caps the tax rate on such income to 7.5 percent which is markedly lower than the provisions of India’s treaty with comparative jurisdictions such as Singapore and Netherlands that tax such income at 15 and 10 percent respectively. Further, even after the Protocol coming into effect, capital gains benefits shall still be available for Mauritius based investors investing in securities other than shares.

Tightening of the Framework for P-Notes:

In addition to the effect of the Protocol, activities in the Indian markets will also be influenced by the recent changes to the regulation of participatory notes (“P-Notes”) brought about by SEBI. These changes were brought about a recent press release (PR No 98, 2016, the “Press Release”).

The Press Release brings about certain changes to the Prevention of Money laundering (Maintenance of Records) Rules, 2005 which shall be applicable to FPIs carrying out P-note issuance activities. P-Notes have so far been the preferred access route for investors who wish to obtain synthetic exposure into the Indian markets. The changes require that the Indian know-your-client (“KYC”) norms shall be applicable to all P-Note issuers. This amendment leads to a uniform and more stringent standard. The Press Release also states that P-Note issuers will be required to review the KYC information of their clients every year (every 3 years for low-risk clients). In addition to compliance, P-Note issuers will be required to file “suspicious transaction reports” with the Financial Intelligence Unit.

Further, P-Notes shall now be subject to restrictions on transferability as subscribers will now be required to seek prior permission from the issuer for any transfer/onward issuance of the P-Notes.  Lastly, the Press Release states that P-Note issuers to put in place, necessary controls, systems and procedures with respect to the order to stay updated compliance requirements.

Several institutional swap dealers dealing in Indian products were already in-compliance with most of the revised directives, since they have been engaging with SEBI and incorporating their feedback in their ODI issuance program. With this step to formalize some of these rules, SEBI brings about a greater uniformity for all ODI issuers under the ambit of the Indian KYC norms.

P-Notes and other classes of over-the-counter (OTC) derivatives allow the subscriber a streamlined basis for accessing several markets while dealing with very limited number of counterparties. An FPI license on the other hand remains convenient for participants making direct investments into Indian securities. With these norms now part of the regulatory framework, the Indian regulators should be comfortable with both forms of market access.

Changes brought about by Finance Act, 2016:

The aforementioned changes may amplify the effect of the increase in the Securities Transaction Tax (“STT”) applicable on the sale of options in securities. The rate on such transactions has been increased from the earlier rate of 0.017 percent to 0.05 percent by Finance Act, 2016. In addition to this, the Finance Act, 2016 also provides that the dividends in excess of 1 million rupees, declared by a domestic company that are received by Indian residents, shall be subjected to an additional tax at the rate of 10 percent (on a gross basis) in the hands of the recipient.

The above mentioned changes shall also have an effect on both, the investors and companies listed on stock exchanges in India as industry may explore distributions other than in the form of dividends.

While the changes highlighted above may alter the manner of operation for various inbound investors into the capital markets, the new-found stability in the regime should be a source of comfort for the investors. While the market participants may take some time to adapt and take transition into the new regime, the short-term headwinds should not alter the course that has led to India being viewed as a bright corner when compared to the gloomy scenario for its global peers.