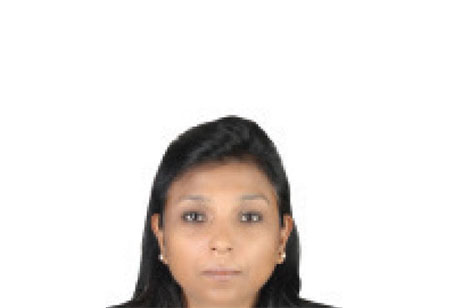 The maxim ‘change is of the essence’ aptly describes the world of Intellectual Asset Management (IAM). The lawyer practicing intellectual property (IP) law has his work cut out to ensure that the IP portfolio of clients are safe, sound and well guarded given the rapid developments in jurisprudence, government policies, business norms and new legislations in a given jurisdiction as well as in others. Where an IP portfolio has significant foreign IP registrations and licences, it becomes imperative for the IP lawyers to be alert to political, social and economic developments of countries where client has commercial interests.

IAM is akin to defending a Fort, the foundation being the patents, designs, copyrights, trademarks etc. An average IP portfolio is likely to comprise of a combination of one or more patents, trademarks, domain names, copyrights, industrial designs, geographical indications, registered plant varieties along with confidential information and trade secrets. These may be developed in-house through R&D, acquired through assignments and / or in-licensed.

Acquisitions through assignments are tricky and require expert due-diligence. The significance of due-diligence was highlighted in a recent acquisition of an IP portfolio comprising of a dozen patents and pending patent applications. It revealed that the assignor had deleted one set of crucial claims from the pending application in the host country of the assignor after the negotiations had commenced. If this action had gone unnoticed, it would have provided the assignor all rights to continue with their research without fear of infringement after the assignment was completed! A divisional application was filed immediately for the deleted set of patent claims.

Regardless of whether the IPs are developed in-house or acquired, the IPs must be well drafted, skilfully prosecuted and periodically maintained.

Legal Interpretation and the Conflict Zone:

However well maintained an IP Portfolio is, the various amendments, developing jurisprudence, new laws, interpretation of existing laws are akin to submarine torpedoes capable of remaining submerged for years, to emerge unexpectedly to directly impact successful application of the IPs in commercialization.

A recent example on the Indian IP scene is the commercial complications arising out of the perceived friction between exercise of “exclusive rights” endowed by the Patents Act and the allegation of abuse of dominant position under the Competition Act. The Ericsson cases before the Delhi High Court and the investigation by the Competition Commission of India (CCI) and the friction there to in Ericsson v CCI are a case in point (2016(66)PTC58(Del) in WP(C) 464/2014 (the Micromax petition) and WP(C) 1006/2014 (the Intex Petition)).

Another example is the unexpected impact of the Biological Diversity Act with its accompanying Rules, State Rules and the Regulation of 2014 on commercialization of products using Indian bioresources and the patents thereon, both Indian and foreign. Regardless of the excellent patent drafting, skilful prosecution leading to grant of patent, successful negotiation for licence leading to commercialization, the interpretation of the provisions of the Biological Diversity Act have made strange demands on the research and commercialization.  When discussions with the Authorities on the interpretation of the law failed, cases were filed and are pending before the Bombay High Court (WP 6360/2015), Kerala High Court (WP 21710/2015)

Successful IAM provides for seamless commercialization and reflects rapid technical developments. Resorting to judicial processes to address all IP issues is no solution in the present day and age due to a number of reasons some of which are enumerated below:

a. The technology ecosystem is such that barring life sciences, obsolescence hits all technologies in about 2 to 5 years reducing IPs on such inventions to mere paper certificates

b. Due processes of law take time, and often by the time the case goes to trial, the cause of action ceases to exist,

c. New technologies and inventions create unprecedented situations which the judiciary is ill-equipped to deal with thereby creating a plethora of case laws emanating from different jurisdictions leading to contradictory positions and supporting forum shopping.

While there is no fool-proof way to overcome a situation that is constantly evolving, some modicum of predictability can be attained by active interaction of industry bodies with the government. This requires the bureaucracy to abandon the legacy of mistrust that stone-walls reformative dialogues with the industry. Further, the government must acknowledge that the vertical silos that govern the registration of IPs are irrelevant at the time of commercialization and accordingly, the ministries must open channels of lateral communications to effectively address the issues of conflicting laws on IPs and to overcome the challenges faced by the industry body and society.  After all it cannot be the intention of any government to penalize an entity from doing business; all that is required is that businesses be conducted in a fair manner observing the rights of the IP owners and the interests of
our society.