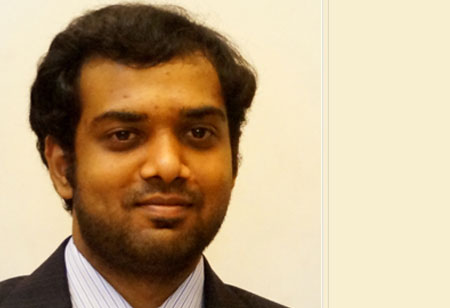 Nanotechnology has just begun to make its way from laboratories to consumers. This is expected lead to a surge in demand for consultants who can help take technologies from lab to market. It presents new challenges that were unseen until now. It is in essence the meeting point of all fields of science and technology such as electronics, physics, chemistry, biology and math. Knowledge and experience in each of these fields is crucial to make an informed decision. A diverse experience in completely unrelated technology sectors is essential to understand the market and offer guidance.

Nanotech is one of the few in the market that is yet to be regulated with a specific law. This can be a boon or bane depending on viewpoint. An unregulated market allows for rapid innovation and growth as we’ve seen in the IT sector. This is great for startups to bring new products rapidly to the market. The lack of regulation could be a bane as it could lead to products entering markets without proper testing. Asbestos like fiasco is often cited as an example. Also the lack of specific regulation means that several existing laws could be applied on whim by officials. This leads to an uncertainty in interpretation of law. World over governments are trying to frame early legislation that can encourage and regulate the sector. This is an area where a consultant’s knowledge of law would be crucial in guiding governments. Over- regulation as we’ve seen can kill innovation at a nascent stage.

Nanotechnology came into existence 35 years ago with the invention of microscopes that could see individual atoms. Since then several peer-reviewed research articles have been published. The last 10 years have seen an exponential increase in publications from China. In an ideal world, this treasure trove of knowledge would have helped advance technology. But unfortunately a large number of nanotech publications are ambiguous and uncertain. For example: One of the most hyped products of nanotech is Carbon Nanotubes. They exhibit incredible material properties and are believed to have applications in composites, defense, electronics etc. To this day, there are conflicting research data regarding their toxicity; some papers say that Nanotubes are toxic and highly reactive while others say that they are safe and inert. Similar conflicts exist for other reported properties such as strength, conductivity etc. This is the case for all nanomaterials. This means that the existing treasure trove of peer-reviewed knowledge is largely useless. A large amount of time will have to be spent just to find reliable data.

A pervasive problem is the preponderance of abilities of technology products. Most technologies have promised the moon but are yet to take off to anywhere. This can be a big problem when a scale-up is attempted without a proper prototype. A good example is the recently bankrupt, Seldon Laboratories. Seldon claimed to have technology that could purify water down to the level of virii. They claimed to use a special formulation of Carbon Nanotubes to achieve this remarkable feat. In hindsight, it turns out the claim was flawed. The filters performed similarly even without the Nanotubes. But since they were carried away by the hype, the entire business model was based on Nanotubes used as filters. Once it was proven otherwise, the company had to fold up. There is a need to clearly understand the research and state of development. Unlike an app, a new material based product will take a significantly large amount of time to mature. Solving a small problem could take years since there is no precedent. Of course, once fully developed; such a product will dominate markets for decades.

Nanotechnology has begun its journey into our lives and this is an excellent time to be consulting in the potential trillion-dollar industry. I’ve listed some of the potential pitfalls and they could help ensure you create a lot of value.