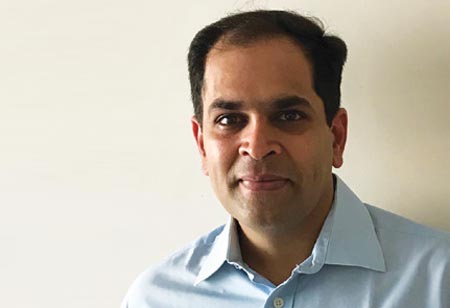 Which is the one single word that gets quoted, used or pronounced (and sometimes, abused!) the most in any corporate gathering? Yes, you nailed it – ‘GROWTH’. For a CFO, this word signifies the end objective of the entire organization’s actions, and hence often finds place on his desktop or cabin walls to nag him constantly lest his focus deviates from it! The means for achieving this revered destination are multifold, subjective and varies from entity to entity in terms of preference. But one point which has been at the center of all management debates over the years is – which is the best path to get there? Is it through organic route – slow, steady and self-charted path or inorganic route – Quick (well, perceived to be!) and Fancy, but expensive.

This simple-looking binary choice is the most difficult conundrum for a CFO charting-out growth plans. While my professional colleagues at large conglomerates will have the luxury of allocating capital down the inorganic route effortlessly and frequently, but mid-sized entities & startups have to essentially look at a merger or acquisition as a ‘special event’ given the limited capital pool and manpower resources at their disposal, as a failure here can get the organization limping behind on the growth curve chart.

Business is the race to think ahead of time, but work with time. In this jet speed changing era, every company needs a person to maintain the balance between company’s growth aspirations and profits & returns. CFO here fits as the missing piece of puzzle. CFO of a mid-sized company is a visionary aligned with a plethora of functions. A key primary navigator of CEO, running the house within a limited budget, encompassing full spectrum of likely scenarios & providing critical & independent sanity checkin validating the needs of entire organization. CFO needs to lead from the front and establish a strong case – or absence of it – for inorganic growth, both to external, as well as internal stakeholders. As a wise man quoted ‘Growth for the sake of growth is the ideology of the cancer cell’!

“Driving a business is like fighting multiple battles at multiple war grounds. At the end of the day, CFO has to pick-up his own battles. Be a strategist and fight many at once”

Characterization & responsibility of CFO is akin to a CEO in an inorganic growth proposal. CFO enacts multiple roles from a traditional financial expert to a deal maker, synergy manager and integrator, thus becoming a critical enabler of corporate growth. He is considered as thought leader on M&A success. Every deal is considered to be different. CFO with support of CEO, decides of what kind of deals company should pursue. He assesses and evaluates risk involved in every deal. He becomes a very important key while making every deal, as he has to maintain the strategic intent, anticipate opportunities, never overpay, encash synergies and most importantly, not to compromise on control. CFO as merger strategist articulates the vision for company with a deal and can help turn company’s various stakeholders into believers.

The toughest challenge for a CFO actually lies in ensuring that deal is evaluated by all internal stakeholders keeping aside emotions! Acumen should always prevail over aesthetics and business sense should be the driving factor for each decision. In today’s business world where featuring on business dailies and magazines is (mis) perceived as one of the yardsticks for success, there is a general misconception that a ‘dynamic’ organization has to travel down the inorganic route at some point of time during their growth journey and it can never be substituted by organic growth.

As Donald Trump once said, ‘Your best investments are sometimes the one that you don’t make’. M&As aren’t indeed sure shot formulae for growth always. The examples of failed M&A are by hundreds in India alone and in majority of the cases, it is because of the impatience on part of the management to flourish quickly, pushing them to stitch a wrong deal either in terms of value, structure or fitment. There are companies that have grown exponentially through organic route predominantly in spite of having huge cash piles at its disposal – Apple tops the chart in this category.

At the same time, the conventional sagacity of M&A deals are ripe strategy to destroy value which is also far from truth in context of today’s evolved business world, where corporates have matured in the art of buying, selling and integrating businesses. In fact, the Digital age CFOs, along with progressive Startup CEOs have constructed various new forms of inorganic growth routes – Joint Ventures, Strategic stake through Minority Investments, Commercial Alliances and partnerships with an option to invest/acquire, Reverse Mergers, Incubator support and the latest of the lot ‘Acqui-hiring’. Remember the Golden Rule here for Startups/ Mid-sized Companies – M&As are about acquiring capabilities and not necessarily assets. Since capabilities reside within people, any form of collaboration, which can harness the capabilities well should always be the preferred mode. We have seen some great examples of all of the above forms in U.S., Chinese, as well as Indian Tech Industry with players like Amazon, Google, Alibaba, Tencent, Flipkart and Ola.

For a CFO, M&A is much more than numbers even post completion of the deal. Adhering to the promises made during the deal and maintaining the synergy, every CFO creates a post-integration plan with monitoring systems to avoid things going awry. His role as an integrator doesn’t restrict to only finance of two companies, but also involves integrating departments outside Finance. They ensure monitoring performances of crucial departments, post integration.

Driving a business is like fighting multiple battles at multiple war grounds. At the end of the day, CFO has to pick-up his own battles. Be a strategist and fight many at once. Recognizing ‘Worth’ of an investment over cost of it, is what sets apart men from boys.