3 Essentials of Digital Video: or the Long, Short (and Silent) Off it! 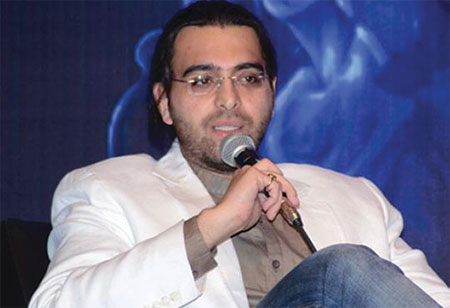 Tides always creep up unknowingly. And over the last decade whenever I have had a chance to talk about digital trends - I have realized that they are very much like tidal waves that take marketers by surprise. So I thought it's best to start with sharing some context on digital video and let you decide if you want to spend the next five minutes to immerse yourself in this new world.

Does that read like a tide or a Tsunami?

Alas, for marketers, riding this wave is not as simple as taking their existing 30 seconds ad film (or a shorter/longer version of it like in the TV era) to digital.

Many of the top video platforms were not designed for video but have adopted it – thus creating consumption in vastly different manners. Let's understand them and the possible impact on a marketer:

Unlike TV where the currency is seconds, on YouTube the currency is the opportunity, because YouTube won't charge more whether you have a 30 seconds or a 300 seconds creative. Some of the best creative are 60 seconds or more, consumers choose to watch them till the end and they are typically associated with the highest traction on brand metrics. I remember the debates we had on film duration before releasing the Google Reunion ad, but we still released it without any time chops - and the rest is history! So go ahead and tell your brand story, unhindered by time, just make sure it’s something that the viewers will find entertaining, educating or enlightening.

Another unique opportunity that YouTube offers is the ‘skip’ behaviour & it’s charging model. You might already know, that YouTube will charge you for a view only if the user chooses to not skip your ad and watches it for at least 30 seconds (or the video length if shorter than 30 seconds). But did you know that YouTube ends up showing the initial 5 seconds of your ad film to more users because only a small percentage of them actually choose to not ‘skip’ and view till the charging point? Now we often shoot an ad film as ‘story > benefit > brand packshot’ but imagine if you could pivot your pack shot from the end to the beginning and make sure that all those free impressions work for you? It’s worked so well for brands that YouTube has launched a low cost format called ‘Bumpers’ that have a video length only up to 6 seconds. These ‘shorts’ are great to highlight a brand USP, create higher recall or drive incremental reach at a low cost.

It's the erstwhile youth social network successfully staying young at heart with video. There is no better place to stumble upon a topical, viral video than the same screen where you spend countless minutes (or hours!) connected with family, friends or strangers. But, Facebook was never designed for video and therefore videos jump at you not unlike Harry Potter's bewitched photos. They come to life as soon as half of the video is on the screen, but silently, and could play to their very end in that 50 percent on-screen, mute state. On Facebook success lies in having videos that are not in the traditional 4:3 or 16:9 format but square (because then the 50 percent state takes more vertical space driving more views) and with great on-frame text. Remember, this is a video that has to be designed for mute consumption and ideally with a copywriter to pen the on-frame text. Don’t mistake this text to be the same as subtitles - it's your surrogate for the film audio. Also a quick check for marketers who use the video view count that appears under their video as a measure of success - all views are not same. Facebook counts a view at 3 seconds and YouTube at 30 seconds.

This is a platform that is born for video on mobile. Snapchat has almost as many daily views as Facebook after launching a full 3 months later to a user base that is 1/7th of Facebook’s. So you know how the next generation will communicate. What was text to ours will be video for them. On Snapchat your video ad appears as just another user story and a user needs to keep the screen pressed to play it, else it will disappear. In a recently announced format they have also introduced a new format in their Discover (curated content) section. For this section you need to reimagine the 1st 10 seconds of your ad and ensure it's a snappy vertical video, that should encourage users to swipe and open a longer form ad. A platform at an early stage, Snapchat is best suited for brands that want to engage with youth (teens). Don't expect massive reach and viewability just right now, but start experimenting.

So while digital video ensures amazingly better targeting than TV and a truer measure of viewability - it also requires more video assets and a deeper platforms understanding. It’s time marketers start rewriting the ‘assets required’ section of their briefs and add to the standard ‘30 seconds’ - a YouTube edit, a YouTube bumper edit and a mute+super Facebook edit.

As you pause and reflect on that, I have to go, that new video is waiting on my phone.