Water - Water Everywhere, But Not a Drop to Drink - A Land of Plenty, Starving 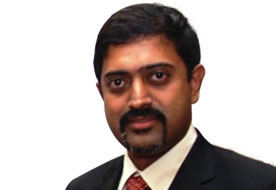 For software developers in India, the climate is both sunny and sad. Going forward, it could be sunnier, provided, certain basic essential parameters are out in place.

Over the next two years, India will exceed the US in the numbers of resources skilled in software development. US has today about 3.6 million software developers and engineers, while India today stands at 2.75 million. Over the next two years, India wills almost double the number, while US will grow only by 25%. These are the products of the 3400 odd colleges in India that offer almost 15 lakh seats. The result will be an IT enterprise resources market swarming with Indian software engineers over the next few years.

All this proves that the Indian IT skills and developers are supporting the global technology industry. However, the fact that India's software development skills are more priced and valued as an outsourced partner is not to be missed. In the global market, while our software developers are cheaper and easier to come by, do we really instil the confidence of quality in the top global IT companies? Is our reputation as a software exporter as good as being backend partner? This boils down to only one thing, on ground shortage of skilled and employable software engineers. This is also one of the reasons why the basic salaries of entry level software engineers in India's top 5 IT companies, have grown only by about 5% over the last about 3 years. The reason, industry analysts say, is that companies are spending a significant amount on having to train the newly hired resources (despite being fresh graduates) to be project ready.

So the situation is that we have a surplus of software grads, a huge part of which isn't even ready to hit the ground running once they are hired. Most of them, (NASSCOM puts the figure at close to 80%), do not possess the entire skill set that's needed in global software projects. Technology may be a strong point, but most often, applications of these skills to real life situations are suspect.

For every IT organisation operating in the increasingly competitive world of constant innovation, these training and bringing-up-to-challenge dollars are a painful bite out of their training investment pie. Earlier most IT companies would hire campus talent and put them on bench till a suitable project came along, then they needed to utilise all resources due to price pressures, so they trained quickly and out them on the project.

Now even that is a luxury. The industry would be so much better off if they could hire developers and engineers who would be ready to hit the ground running, once they are assigned to projects. One significant way this can be achieved is by ensuring greater academia-industry collaboration in the technology education system. More real life requirements would be met if industry players clearly spell out expectations and academics is willing to take those as the parameters for getting hiring-ready students, when they get their degree. But there would still be the risk of individual abilities in myriad fields that may or not be comprehensively covered in these conversations.

The other and more realistic way of handling this situation would be to have a common gradation or certification that assured the hiring companies of the skill levels, and ensured the institutions about the job readiness of their students as well. In the absence of one such certification for software development skills, the industry, technology education institutions as well as students pay, and ultimately it means financial losses. Whether its low employability for the students, higher re-training costs for the companies or students not considered worth hiring for the institutions, it affects everyone across the board.

It's certainly time for a certification that can out these and more doubts about capabilities of software developers to rest, and save these costs, across the board.