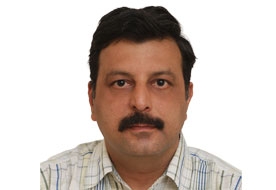 The global market is swelling, and it is bringing a bounty of business and opportunities to the Indian shores. Currently, India is vying for the limelight with China, but greater global appeal, flexible political scenario and a better socio-economic diversity are tilting the scale in favour of the former. In the long run, India is being considered a more sustainable economy and a more stable business destination for the world. The fact that India overtook China's GDP recently only strengthens the point further. And, India's massive population, second only to China's, is finally proving to be a vital pivot in catapulting her economy to the stratosphere. The bigger the population, the greater the human capital. As the economy is still in a fairly nascent stage, in order to mobilize this workforce, training is the foremost tool. Learning & Development in India has witnessed remarkable growth in the past few years and India is definitely catching up with other developed countries in the field of Training and has undergone a sea change in the recent past, with the private sector actively involved whose role tends to become more poignant in time to come as there is a vast virgin territory yet to be tapped. As the economy evolves further, the Learning & Development space is growing and improvising manifold according to the industry requirements.

Goals & Prospects
For any establishment to be successful and efficient today, its workforce must be diverse, innovative, insightful and knowledgeable. This can only be realized by developing skills and building knowhow of the personnel. Over time, the significance of training has gone from optional to crucial. Organizations are starting to realize and acknowledge the importance. Upgrading skills of the employees according the changing needs is directly correlated to the overall performance of a company. Learning & Development has advanced from being an employee retaining tool to becoming a critical business enabler for building effective sales, developing future leaders, relationship building, augmented production, etc., and is being linked to overall business outcome. Increased productivity, increased efficiency resulting in financial gains and decreased need of supervision are a few immediate effects of enhancement and improvisation in the field of Learning & Development. However the anomaly in Indian organizations is that though India has talent, vision and entrepreneurial acumen, it is the discipline around execution at the front level which often lets them down. It is time Learning & Development be deemed essential throughout the entire organizational hierarchy, and not just be limited to entry or mid-level personnel.

Challenges and Remedy
Challenges are great and grave. Though India's economy is making a massive progress, the ancillary determinants are lagging. To begin with, India's educational and academic infrastructure is pitiable to say the least. The truncated employability of students stems from a poor standard of education in our schools, lack of competent faculty, poor performance of our institutes vis-a-vis international ratings and limited scope of research. Learning & Development sector is facing hurdles as a result. Because Learning & Development has been neglected so long, it is obvious the entire problem is viciously cyclical. Moreover, a faulty model of recruitment and division of labor further aggravates the lacunae. The stigma attached to vocational learning, lack of any standardization for a particular sector of work and absence of any curriculum for Learning & Development is stifling the entire field.

Outcome has always prevailed over the process, in India, and certifications are deemed a prerequisite. These problems need to be addressed immediately and the attitude of the Government has to change towards the core issues. The education system of the country has to modernize as per the global norms. A steady channelization of funds, improvement of the infrastructure and refurbishment of the outlook towards vocations are of paramount importance for the economy's wellbeing. Recruitment policies have to be strategized constructively in order to enable companies to maximize their prospects and outputs. Training modules should be calibrated to go beyond providing job skills alone - they must also develop transferable skills. Moreover, guidance and support from former trainees can go a long way in helping these individuals in adjusting to a new environment. These are all but few baby steps in the direction of attaining nirvana as far as skill development is concerned.

Role of a Chief Learning Officer
In many circles, the rise of Chief Learning Officer (CLO) as a senior corporate position is viewed as recent phenomenon whose role is fairly new in the corporate world. In 90s GE showed the way by having the first CLO in Steve Kerr, who later went on to pioneer Goldman Sachs. As GE fared well sustainably over a period of time, the industry realised the merit of the revolutionary idea of fine-tuning Corporate Learning with overall business objective. The CLO's role is attaining critical mass across the spectrum, be it commercial or governmental enterprises, and he has a greater voice in the strategy-making process. The Learning & Development, which was always prone to budget cuts before any other department, has suddenly acquired a strategic partner's role capable, thus giving impetus to the role of a CLO. He plays a tactical role in framing how proficiencies like personal mastery, team learning, shared vision, underlying beliefs and cultural transition can be incorporated and mastered in an organization. Hence, recruitment and placement are critical areas which are supervised by the CLO. Crucial aspects of a CLO's job responsibility, especially in a nascent economy like India's, are managing resources, recognizing prospects and honing them, innovating training techniques in order improve performances, delivering timely and appropriate training solutions, calculating Return on Investment vis-a-vis organization's financial goals and last, but certainly not the least, customer service.