India’s Opportunity to Lead the World 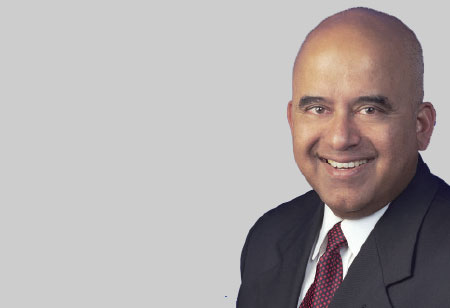 A report published earlier this year by the Natural Resources Defense Council (NRDC) states that "always on but inactive devices may cost Americans $19Bn and 50 power plants' worth of electricity annually."

It is hardly news that the U.S. and the rest of the western world waste a lot of energy, but great strides are being made by these countries to address the problem with innovative technology solutions. Change is being driven by market forces combined with stringent energy consumption standards from organizations such as the U.S. Department of Energy, California Energy Commission and the EU, and voluntary labeling programs such as Energy Star. Changing consumer behavior is not an easy task, but now that there is widespread (if not universal) acceptance of the reality of climate change, people are beginning to sit up and take notice and make real changes in their energy consumption habits.

People living outside of North America and Europe would have every right to consider it somewhat hypocritical if they were to be lectured to about cutting energy usage; they, after all, have not been responsible for developing the consumer society with its "always on' culture. Yet in places such as India where economic growth is driving increased demand for power, there is a tremendous opportunity to take advantage of the energy-saving technologies that have emerged in the last 10 years. Effectively, India can leverage the advantage of its recent economic success by building out its infrastructure using the smorgasbord of new, highly efficient, technologies.

This has a threefold benefit: it reduces private energy bills; it cuts the national requirement for more and more power stations; and of course it contributes in a very positive way to the global reduction of the emission of greenhouse gases.

India is already making great progress with renewable energy. According to a 2014 report by the Indian Wind Turbine Manufacturers' Association, in its 12th Five-Year Plan (2012-2017), the Indian Government set a target of adding 18.5 GW of renewable energy sources to the generation mix out of which 11 GW is wind energy. Solar energy is also the subject of real interest. The Jawaharlal Nehru National Solar Mission was launched in 2009 with the intention of generating 1000MW of power by 2013 and up to 20GW of grid-based solar power and 2GW of off-grid solar power, covering 20 million square meters with collectors, by 2020.

This would establish India as a global leader in solar power generation, and this year has seen this target increased to 100 GW in the 2015 Union budget of India.

Wind and solar energy systems rely on sophisticated electronic circuitry to ensure that power is both generated and transmitted reliably and with minimal losses. For wind power systems using machine-side or line-side converter subsystems or break chopper technology, the power-semiconductor of-choice is still the IGBT, which requires a reliable gate driver to ensure fault-free operation over its entire lifetime of 15 years (minimum-up to 25 years in some cases). Power outages can be expensive, not only because of the lost energy, but also due to maintenance and logistic costs, especially in remote areas. Power Integration has designed highly-reliable IGBT drivers which have become established as the industrial standard for wind power systems.

One of the technical challenges related to solar applications concerns over-voltage protection of the IGBT devices. To address this situation, Power Integration has developed a sophisticated active clamping technique which protects IGBT modules in challenging switching environments, allowing solar inverters to operate safely under all application conditions.

Of course the real goal is not only to produce energy in a more environmentally responsible way, but also to use less of it.In this respect, the move to LED lighting and smart lighting systems is a step in the right direction.

LEDs of course offer massive energy savings over filament-based bulbs, and intelligent domestic and work-space lighting control systems can also deliver massive savings. Here too, the efficacy of the end technology depends heavily on the electronic "brains" used to operate it. The efficiency benefits of LEDs can be largely squandered unless efficient driver technology is used; moreover, a premature failure of the driver circuitry can effectively destroy the economics of the LED deployment. Our LYT-Switch families of LED driver ICs have been implemented with high efficiency, high reliability and ease of use in mind, and are an ideal match for the India grid requirements of substantial line surge tolerance and low total harmonic distortion.

In other areas, governments, NGOs and private users will need to demand innovation from the industry to ensure that emerging technologies such as "smart" lighting and the Internet of Things do not become energy vampires: low quiescent energy-use solutions will become a central part of system design.

The efficient use of energy across the load spectrum from no-load (standby) to full load is a goal-almost a philosophy-which we've been living at Power Integration for many years. Since its introduction in 1998, Power Integration's EcoSmartÂ® energy-efficiency technology has prevented billions of dollars' worth of energy waste and millions of tons of carbon emissions. Our latest product-the Inno-Switch line of fly back power supply controllers-uses less than 10mW in no-load operation, over 50 times better than the level required by prevalent efficiency standards. We maintain a comprehensive guide to energy-efficiency standards around the world, which is available to view in the Green Room on our website, ac-dc.power.com/green-room/.

India has a spectacular opportunity to seize a leadership role in the global effort to contain carbon emissions, and has already demonstrated a commitment to doing so by embracing clean technologies like renewable energy and solid-state lighting. By employing efficiency innovations such as those put forth by Power Integration, India can get the most out of its investment in these technologies and ensure that the country can grow its energy use at a far slower rate than its rocketing economy in the years ahead.